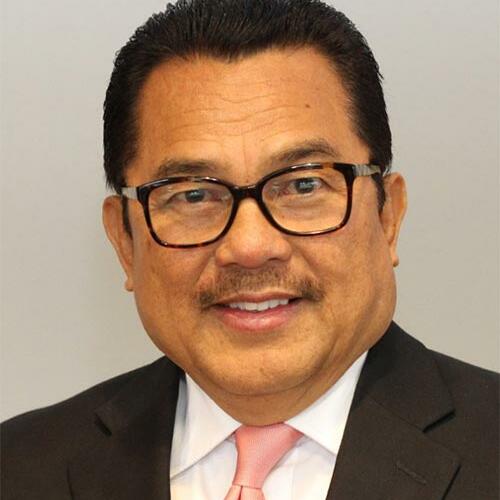 A second generation Seventh-day Adventist who was raised by a pastor father, Missah has a passion for souls and evangelism. He conducts at least one evangelistic campaign every year, speaks at the National Television Broadcasting and Hope Channel Indonesia, and conducted leadership development seminars and workshops for the young people worldwide. During more than four decades of church service, Missah previously served as church pastor, chaplain, departmental director at the union and division levels, and conference president.

Dr. Missah holds a Bachelor’s degree in Theology from Indonesian Adventist University, a Masters degree from Adventist International Institute of Advanced Studies (AIIAS), and a Doctoral degree in Ministry from the Philippine Christian University.

He is married to Dr. Ellen Missah, and the couple has four children and eight grandchildren. His passion is that the

Church will experience spiritual revival and reformation through lifting up Christ and by being faithful stewards in all aspects of their lives as well as through system benevolence.

Noel Duffy of Adelaide has been on the road and footpaths for longer than 10 years. During his regular reports by phone, he has often told me, "I know Jesus is with me" and "I do not wish to leave my work undone." His work has certainly sown the gospel seed across Australia.