In 1885, almost 32 years after the organization of the first Sabbath School, the Oakland, California, Sabbath School gave all its income for the first quarter to aid in the establishment of the Australian Mission.

Exploring the origin, purpose, and practice of mission offerings.

WHAT ARE MISSION OFFERINGS?

“The Adventist Church is built on mission. Our commission comes from Christ, who told us to ‘Go into all the world and preach the gospel to all creation’ Mark 16:15 NIV. Sharing God’s love around the world is like a vehicle. Our mission offerings are the fuel that propels almost every aspect of outreach. Without that fuel, our best efforts are hampered” (https://am.adventistmission.org/mission-offering).

WHEN WAS THE FIRST MISSION OFFERING TAKEN AND FOR WHAT PURPOSE?

In 1885, almost 32 years after the organization of the first Sabbath School, the Oakland, California, Sabbath School gave all its income for the first quarter to aid in the establishment of the Australian Mission.  As a result, on May 10, 1885, 11 American missionaries set sail on the Australia from San Francisco with hopes to open up a mission in Australia (https://adventistdigitallibrary.org/features/sabbathschool?page=4 and https://en.wikipedia.org/wiki/South_Pacific_Division_of_Seventh-day_Adventists).

WHAT WAS THE FIRST SABBATH SCHOOL PROJECT?

The Pitcairn was a schooner built in 1890 for the Seventh-day Adventist Church for use in mis sionary work in the South Pacific.

WHEN WAS THE FIRST THIRTEENTH SABBATH OFFERING PROJECT TAKEN, AND FOR WHAT PURPOSE?

In the first quarter of 1912, the first Thirteenth Sabbath Offering helped establish the mission work of G. W. Pettit and J. M. Comer in India. In the second quarter the offering helped build a school in eastern Africa, now the Adventist University of Eastern Africa in Kenya. The fourth quarter of 1912 focused on Colegio Adventista del Plata in Argentina and the Pua Training School in Chile. Today the Colegio Adventista del Plata in Argentina houses a university with 2,500 students, as well as elementary and secondary schools with a total enrolment of 1,000 students (https://am.adventistmission.org/mission-offering).

WHAT HAS BEEN DONE WITH THE THIRTEENTH SABBATH OFFERING PROJECTS SINCE 1912?

These offerings have allowed the church to build schools, dormitories, hospitals, clinics, churches, mission launches, lamb shelters (children’s worship rooms), printing presses, and universities around the world. Often there is more than one project for an offering, so, in total, there have been more than 1,000 projects. The Thirteenth Sabbath Offering has been used largely for construction-type projects as Tithe funds have a restricted usage. Tithe could not be used for such purpose. Because Tithe money is not allowed to be used for buildings, the Thirteenth Sabbath Offering has usually been for construction-type projects (https://stewardship.adventist.org/2012-16-2-13th-sabbath-school-offering).

IF SOMEONE LIVES IN A TERRITORY THAT FOLLOWS THE COMBINED OFFERING PLAN (COP), HOW DOES THAT PERSON PARTICIPATE IN MISSION OFFERINGS?

If one gives through the COP, then the individual is automatically contributing to Mission Offerings, the Thirteenth Sabbath Offering, and other offerings. The local church treasurer will divide all offerings received under the COP into two parts: 50 percent (or another percentage authorized by the Working Policy) will stay at the church for the Local Church Budget. The other 50 percent (or the remaining percentage) is sent to the higher organization: local conference, union, division, and then the General Conference. The General Conference receives 20 percent of all COP offerings, which the GC Treasury distributes through various mission funds according to the Policy V 35 20 2.  (See box for details of distribution.) 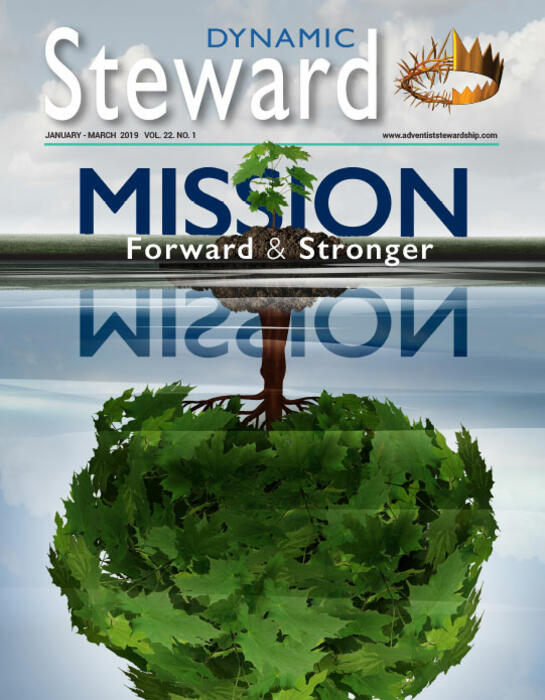