Does your ministry need critical funding to accomplish its mission? The department of Planned Giving & Trust Services may provide an opportunity that could help ensure that future resources that you desperately need will be available. Planned Giving involves the building of relationships with those who may be able to provide resources by both encouraging families to create a plan, and by sharing the needs of mission with community leaders who have resources. This outreach can be for both members and those who are not members of the church. Trust Services is the process by which these planned gifts are given so that the value is maximized for mission.

Scripture gives ample illustrations of how God has always been intimately involved with all humanity. One example of God’s involvement for the benefit of His mission is found in the book of Ezra. The Promised Land was deserted and desolate (Jer. 25:11). The tribe of Judah was captive in Babylon. Jerusalem and Solomon’s magnificent temple had been destroyed. How could things be any worse?

Yet, God had a plan that He had revealed 60 years before. Evidenced by a prophecy given through the prophet Isaiah, which named a king not yet born who would defeat the mighty Babylonian empire, Israel would repatriate and rebuild the temple in Jerusalem (see Isa. 44:28; also 45:1-8). According to the plan, God assigned King Cyrus the task of helping Israel, in spite of Cyrus never becoming a follower of the God of Israel.

This heathen king did exactly what God had prophesied through Jeremiah (Ezra 1:1-5), and through this planned gift ended Israel’s 70 years of captivity. Darius and Artaxerxes also followed the lead and command of Cyrus to ensure that the temple in Jerusalem was completed (Ezra 6:14, 15).

Can this happen today? Is God still moving the hearts of the “heathen” to support His mission? The country cannot be named where a Seventh-day Adventist school had many years previously lost one school campus to a government takeover. After this loss, through the generosity of international donors a new campus was purchased and a new school eventually built. The students and teachers enjoyed this new campus for many years. Then in 2016, the school received a very unexpected gift from a government authority. The week before this unexpected gift, the government had taken a portion of another denomination’s church property to build a heathen shrine. So when the entourage of the government authority appeared on the Seventh-day Adventist school campus, the principal was understandably afraid of losing another school to the government. He prayed to God for wisdom to respond in the right way to whatever happened. After asking to see the principal, the government authority demanded a tour of the campus. Afterwards, the general asked the principal what needs the school had. After listening to several urgent needs, the government authority went to his vehicle. Amazingly, he brought $1,000 in cash to give to the principal to help fund the most urgent need. As the general was leaving, he indicated that he would bring more money in the future to help take care of some of the other needs of the school.

There was rejoicing at the school that day for the miraculous power and working of God. God still works on the hearts of “kings,” or those in authority in our day, and will at the right time do the same for your ministry’s needs. Present them before God in prayer, and trust Him.

The story of Ezra and the rebuilding of the temple in Jerusalem is an amazing story of God’s faithfulness and His ability to work through all sources to provide resources, even through the planned gifts of gentile, heathen kings.

For more information you may contact your division office or Planned Giving & Trust Services at the General Conference of Seventh-day Adventists at www.willplan.org. 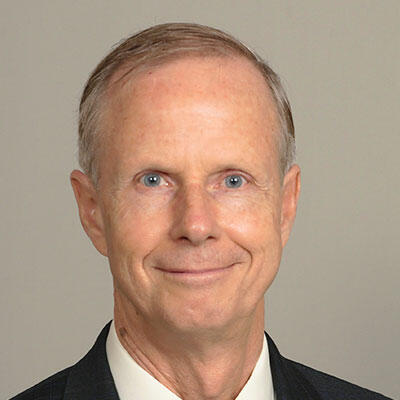 Dennis R.Carlson is the director of Planned Giving & Trust Services at the General Conference of Seventh-day Adventists, Silver Spring, Maryland.