There once was a family that lived in a country far, far away. It was a good country. It was a beautiful country. It had a gentle, kind, leader who made friends with people around the world. It was the kind of place where kids could run around and play and be so tired of having fun that they would sleep peacefully, dreaming of another day of adventure. Can you imagine being so tired from having fun? It was that good!

But one day, a leader who didn’t care about anyone but himself and his own people took over the country. He was loud. He was crude. He was rude. He was not nice to people. He would call them names and tell all sorts of lies. Would you like to have someone like that be the leader of your country? No. Neither did the citizens of this once good country.

Many good people began to leave the country. And when the leader found out about it, he began to punish all the good people. But the fathers and mothers wanted a better life for their children. They wanted their children to enjoy life and to know all the blessings God had for them.

The mother of this family left after crying and praying over each of her two boys. She told them to always look at the good things in life. Never lose hope. Listen to Daddy while she was away. And, like all good mothers, she told them to eat healthfully, to think and choose only good, and to always believe God will be there for them, because, she explained, if you take care of your body and your mind and believe in God, there is nothing that you cannot do.

She hugged and kissed the boys and their father, and then disappeared into the night.

The older son refused to believe that his mother was ever coming back. He let himself become angry at his mom for leaving, angry at his father for staying, angry at God, angry at his country. But through it all he loved his younger brother and would not give up for his sake.

The younger brother would repeat, almost every day, “Eat healthfully (even if we don’t have a lot), think and choose only good things (even if there wasn’t a lot), and always believe God will be here for us. And, we will see Mom again.”

His brother would shrug his shoulders and sort of smile indulgently at the faith of his little brother.

Two years and two months later, just as things were getting worse than bad, they got a secret message. It was from their mother. It was in code. Their father had to read it to them. It told them to follow a caravan that would take them through many places. Some places would be dangerous, some places would be too good to be true, but they were to always keep their faith in knowing that their mother is waiting to see them. She said, “Don’t get scared of the dangerous places; believe in God. Don’t be tempted by the good places; Mom has a better place (and better food) for you. Never lose faith that life will be good.”

Every time a bad thing happened, the older brother became even more angry. He would say, “Nothing is worth living through this. We are never going to make it!”

But the younger brother would now repeat, “Don’t get scared of the dangerous places; believe in God. Don’t be tempted by the good places; Mom has a better place (and better food) for us. Never lose faith that life will be good. Believe, brother, believe. Look at the bright side. Don’t look
at only the dark.”

“Ha!” his brother would scoff. “You’re too young to know about life.”

One night, while in a dangerous place, robbers came cursing toward them. The older brother was scared. He could not see what they could do. But the younger boy and the father began to pray. They began to pray in the language of their people.

The robbers stopped. They listened. And they began to laugh. They laughed so hard that the father and the two boys were confused. The robbers stopped laughing and told the small family, “We are from your village. We gave up the journey because we lost hope. To hear our language in prayer—what a wonderful feeling! We are sorry we laughed, but it is the first time we have laughed so well since we left home. Come, eat with us.”

So, they all shared a meal. (Nothing brings people together like a good meal, right?)

Sometimes they had to be quiet. Other times they would sing songs they had all learned in church in the village so far away. Songs that praised God. Songs of hope. Songs of home. Even the older brother couldn’t help but join in the joy.

Finally, they arrived at the country where their mother had settled.

And there, just as she had promised, she would be their mother. The boys and their father dropped everything and ran to her. Their family from the new country wanted to know how they made it through. The younger brother said he remembered the words of his mother; the father said he loved his family too much to give up; but the older brother was silent for a while. Then he cried. He told his mother he had hated her, his father, and their God. He had hated living where they had lived. He had hated so much in his life. “But,” his mother slowly began, “how did you make it so far?”

Do you know that we are also heading to another country to enjoy complete abundant life? We call this the “New Earth.” The journey can be long and sometimes hard, but our faith in God’s presence and promises can help us to keep going forward. When we believe and obey, it can even be an encouragement to others. 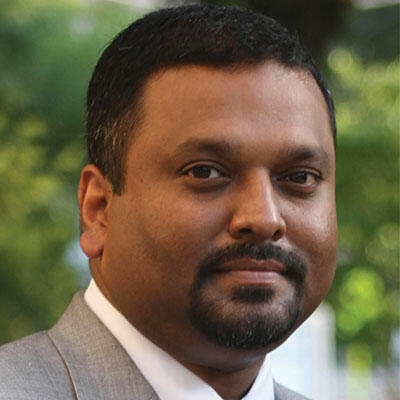 Falvo Fowler is the editor of the Beginner, Kindergarten, and Primary Sabbath School study guides at the General Conference of Seventh-day Adventists. He created and produced the GraceLink animation series and created the Sabbath School Bible Study app.