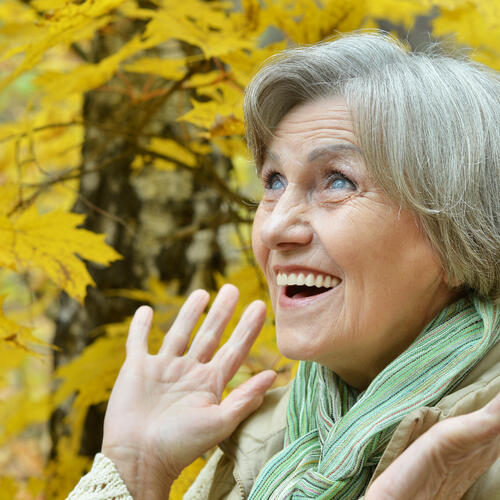 We're constantly riding on both rails. Haven't you seen that in your personal life? You get a raise in pay at work one day and the next day get news that a family member has cancer. Your child wins a scholarship to a prestigious university one week and wrecks the family car the next. Every few seconds a baby is born into our world; every few seconds someone dies.

Living simultaneously with positive and negative experiences can be stressful.

Is it possible to find peace and contentment in such a world?

Centuries ago, the apostle Paul wrote that it is possible not only to survive but to thrive in all situations.

Let's look at seven secrets “of being content in any and every situation.”

1. own instead of owe

Romans 13:8: “Let no debt remain outstanding, except the continuing debt to love one another.”

You can have a big house, several cars in the driveway, a television set in every room and closets full of clothes and toys. But if you owe money on all of it, it's a source of worry.

Debt can destroy marriages. One couple had 20 maxed-out credit cards.

They had to play games with their creditors, such as deliberately forgetting to sign a cheque so it would come back to them, which would give them time to get money in the bank. It's a scary way to live, and they were at each other's throats over their lack of money.

Fortunately, a wise and caring friend helped them decrease their debts and get on a better financial footing.

If you need help reducing debt, seek reliable financial advice. Make the decision to own, rather than owe, and you'll find greater contentment.

I was discontented and depressed after the birth of our second child. We lived a long way from the rest of our family. No relatives came to admire our baby. We were new to the town, so we didn't have any friends to celebrate with us. I was lonely and tired.

One day I sat in the rocking chair holding our new daughter and crying when something prompted me to thank God for my blessings. I started in a weepy voice, “God, I'm thankful for this baby.

She's healthy and beautiful. And I'm thankful for our two-year-old son, even though he wears me out.”

I smiled a bit. “And thank You for a husband who is devoted to me and our children.” As I continued thanking God for every little thing I could think of, the discontent lifted and I felt positive about life once again.

Two best sellers, Rich Dad, Poor Dad and The One Minute Millionaire recommend that people who want financial success should give regularly. If giving is important to businesses, it's also important for individuals.

A church decided to build a new sanctuary, and the pastor began visiting members to share the vision and ask for contributions. One afternoon he stopped to see a widow who lived in a tiny house at the end of a dirt road.

There was no path to her door, only some planks laid down on the mud.

He walked up the slippery boards and knocked on the door, and she invited him in. When he told her of the church building plans, her eyes lit up and she said, “I've waited a long time for this.”

As he looked around the woman's one-room house, he dreaded asking for a donation.

While he hesitated, she got up and walked toward the kitchen side of the room. The cabinets didn't have doors on them, just curtains.

She reached behind a curtain and pulled out a jar and brought it to him. It was heavy with money—coins and notes.

“Here, take it,” she said. “I'm glad we're finally going to build a new church. I've been saving for it.”

It wasn't much, yet it was everything because it came from the heart of one who knew sharing brings contentment.

Survivors of disasters tell us that the things lost aren't as important as the people in their lives.

When our two children were aged seven and four, I was a stay-at-home mum and we were living on my husband's salary. Christmas time came and I wanted to give nice gifts to my children but the budget was so tight it didn't allow for much.

A friend told me she got a part-time job at Christmas time to earn extra money for gifts. I liked the idea and found a position at a retail store in the toy department. (Did I mention we were moving right after the holiday?) What was I thinking? Needless to say, it added so much stress to life that it sucked the joy out of me. The family got more gifts that year (which were soon forgotten) and I learned it's more important to put time into people instead of things.

5. give your fears to God

A senior citizen said she couldn't give anything to her church. “I've got to hang on to all my money because I don't know what the future holds. I might get sick or something.”

A good friend asked her, “Has God taken care of you in the past?”

Isaiah says, “You whom I have upheld since you were conceived, and have carried since your birth. Even to your old age and grey hairs I am he ...

In a cemetery in England, there are tombstones side by side of a husband and wife. Her tombstone reads: “She died wanting more.” His reads: “He died trying to give her more.”

It's easy to get caught up in the desire for more. If a friend gets a plasma television, we want one. If the neighbour puts in a new kitchen, we think we need a new kitchen. Do you ever go into a shop to buy a single item and come out with a lot of extra things?

shops set up displays to tempt us to buy more than we need.

A few months ago, I was trying on a pair of shoes at a shop when another customer walked up to me and asked, “Do these sandals look good on me?”

She laughed, “I don't know why I'm doing this, except I can't resist a sale. I have 69 pairs of shoes at home already, and I work as a caregiver and never wear anything but work shoes, anyway.”

I tried to laugh with her but as she walked away I prayed for God to curb my desires for more and make me content with what I have.

In Philippians 3:4–6, Paul describes his blue-blood heritage. But notice the change in his thinking when he met Jesus: “I consider everything a loss compared to the surpassing greatness of knowing Christ Jesus my Lord, for whose sake I have lost all things. I consider them rubbish, that I may gain Christ” (Philippians 3:8).

Focusing on Jesus daily is the only way to live a contented life in this crazy world. On our own, it's impossible to change our minds, attitudes, or behaviours. But we “can do everything through him who gives [us] strength”

Printed by permission from Signs of the Times magazine, Australia
https://www.hopechannel.com/read/7-secrets-of-contentment