Achieving Parity or Better Between Tithe and Offerings

During the recent 61st General Conference Session, a delegate asked the GC treasurer to elaborate on the disparity between the tithe and offerings, and how this issue could be solved worldwide.

We can praise God for the regular growth in tithe over the years. Some territories experienced a drop in tithe during the height of the COVID-19 pandemic, but the volume of tithe is already back to or higher than it was before the pandemic. In contrast, offerings, either given as combined offerings or mission offerings, are not necessarily growing at the same pace. The importance of offerings to further world mission and the mission of the local church is undeniable. Offerings function as a catalyst for the dissemination of the three angels’ messages, hence speeding up the second coming of our Lord. Church members need to understand our current missional context. This article shares the experience of a pastoral district where the giving of offerings is closing the gap with what is given as tithe, and in some instances, exceeding tithe. 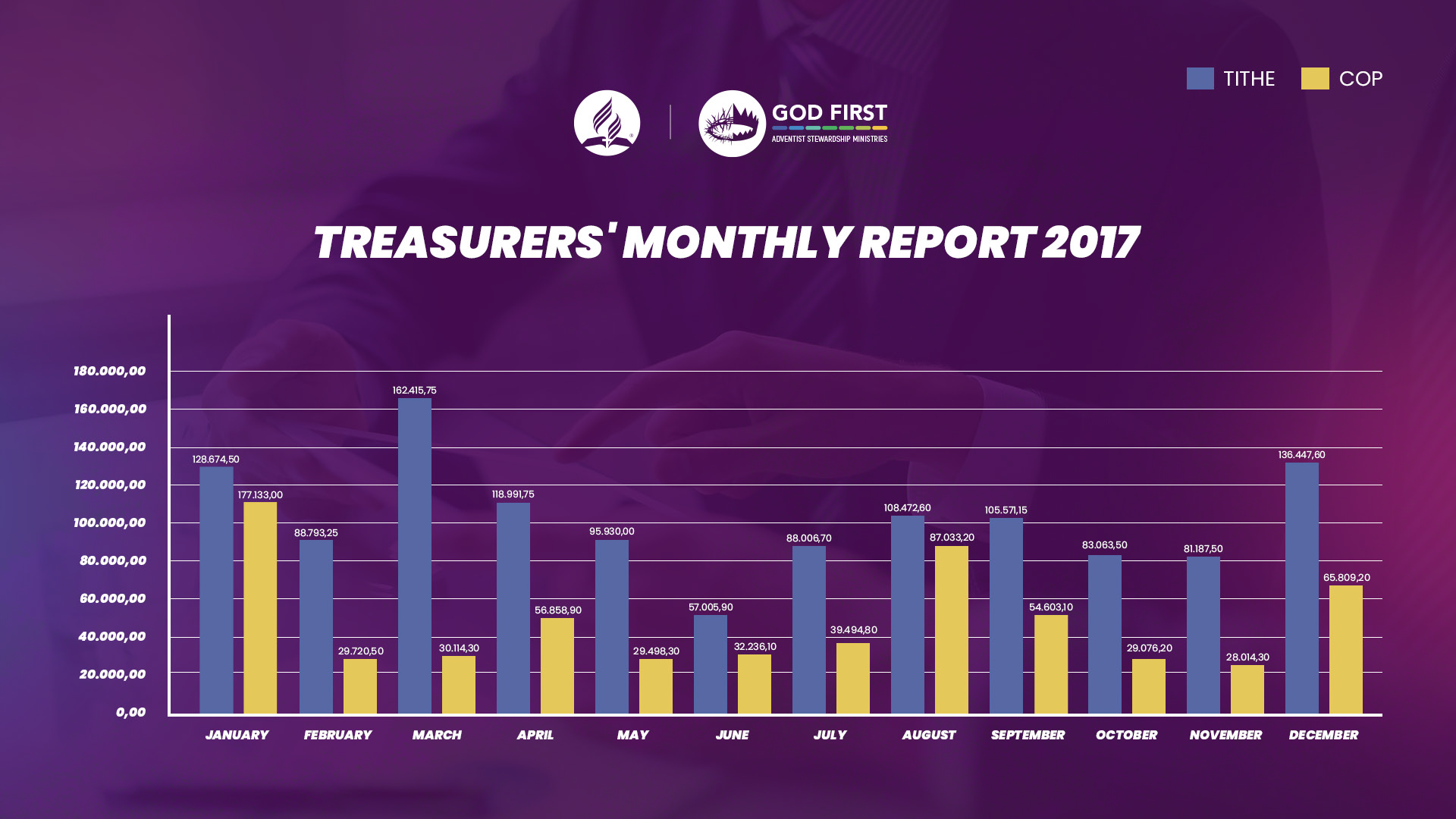 Some time ago, I heard the amazing testimony of dedicated and committed church members in the Baan Seventh-day Adventist Church, of the South Philippines Union Conference. These members are giving their offerings as a percentage of their incomes, with 90 percent of the membership who are giving 10 percent or more as regular and systematic offerings. This giving pattern has a significant impact on the missional capacity of their local church. I wanted to learn more about the factors behind this revolutionary generosity.

It all started in November 2017, when Pastor Roger Jimenez, the stewardship director of the local mission, held a Stewardship Enrichment Seminar at the church. The seminar conveyed the conviction expressed in these words: “In the days of Israel the tithe and freewill offerings were needed to maintain the ordinances of divine service. Should the people of God give less in this age? The principle laid down by Christ is that our offerings to God should be in proportion to the light and privileges enjoyed. ‘Unto whomsoever much is given, of him shall be much required.’ Luke 12:48. Said the Savior to His disciples as He sent them forth, ‘Freely ye have received, freely give.’ Matthew 10:8.”¹

Following this seminar, the local church adopted some key resolutions. First, they would provide stewardship education at regular intervals during the year. They came up with the JAJO Initiative, referring to the month of January, April, July, and October, during which they would have a special emphasis on promoting stewardship. This has been implemented since 2018. 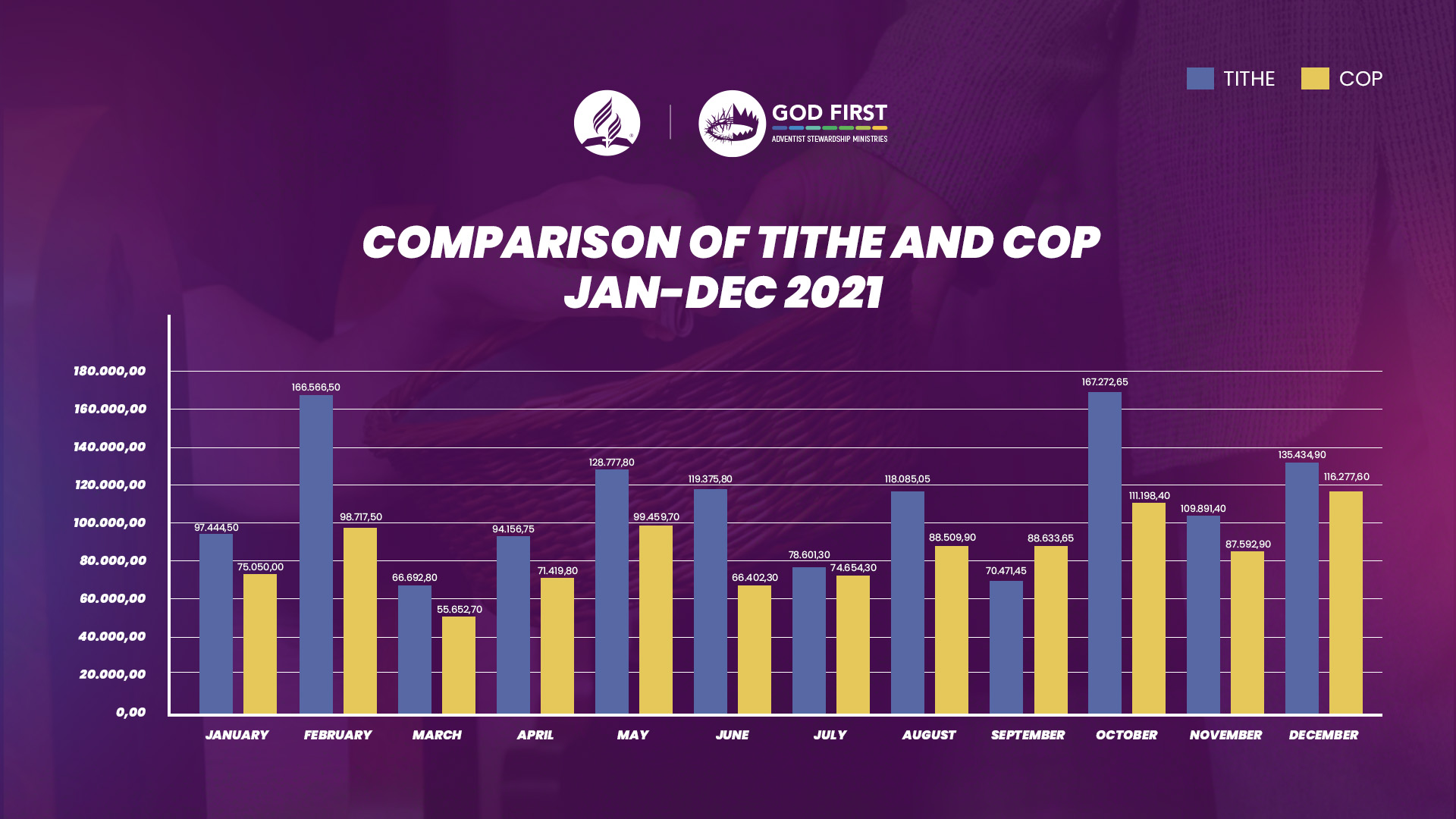 Besides ensuring the regular and updated education of the church members, all the elders of this local congregation recommitted to be faithful in tithe and decided to give another 10 percent as offerings. As leaders of the church, they wanted to set an example of percentage-based giving for offerings and to demonstrate the importance of offerings. Another initiative was the creation of care groups, each under the leadership of two church elders. The church membership was divided into these care groups. In these care groups, members were educated about percentage-based giving for offerings and encouraged to revalorize what they were already giving, besides returning a faithful tithe.

Rapidly, the members of the care groups started to experience exceptional blessings from God as a result of their new giving practices. These testimonies were shared with the entire church during church meetings, such as men’s ministry, Adventist youth meeting, and children’s ministries. This motivated more members to give their best percentage as regular and systematic offerings. As a result, there has been significant and steady growth in offerings at the Baan Seventh-day Adventist Church since 2018. This is obvious when the treasurer’s report for the year 2017 is compared with the year 2021 (see Graphs 1 and 2).

The comparison of the year 2017 with 2021 indicates a slight increase in tithe of 10.31 percent in the local currency. I believe that the plausible explanation is there was either a diminution or no increase in the income of the members in this church community, 2021 being a year affected by COVID-19 and its sequelae. However, when the total offerings for 2017 is compared to 2021, there was a significant growth of approximately 69.04 percent. These figures from the Baan SDA Church testify that it is indeed possible to change the practice of offerings among church members; the gap between offerings and tithe is not a fixed reality. 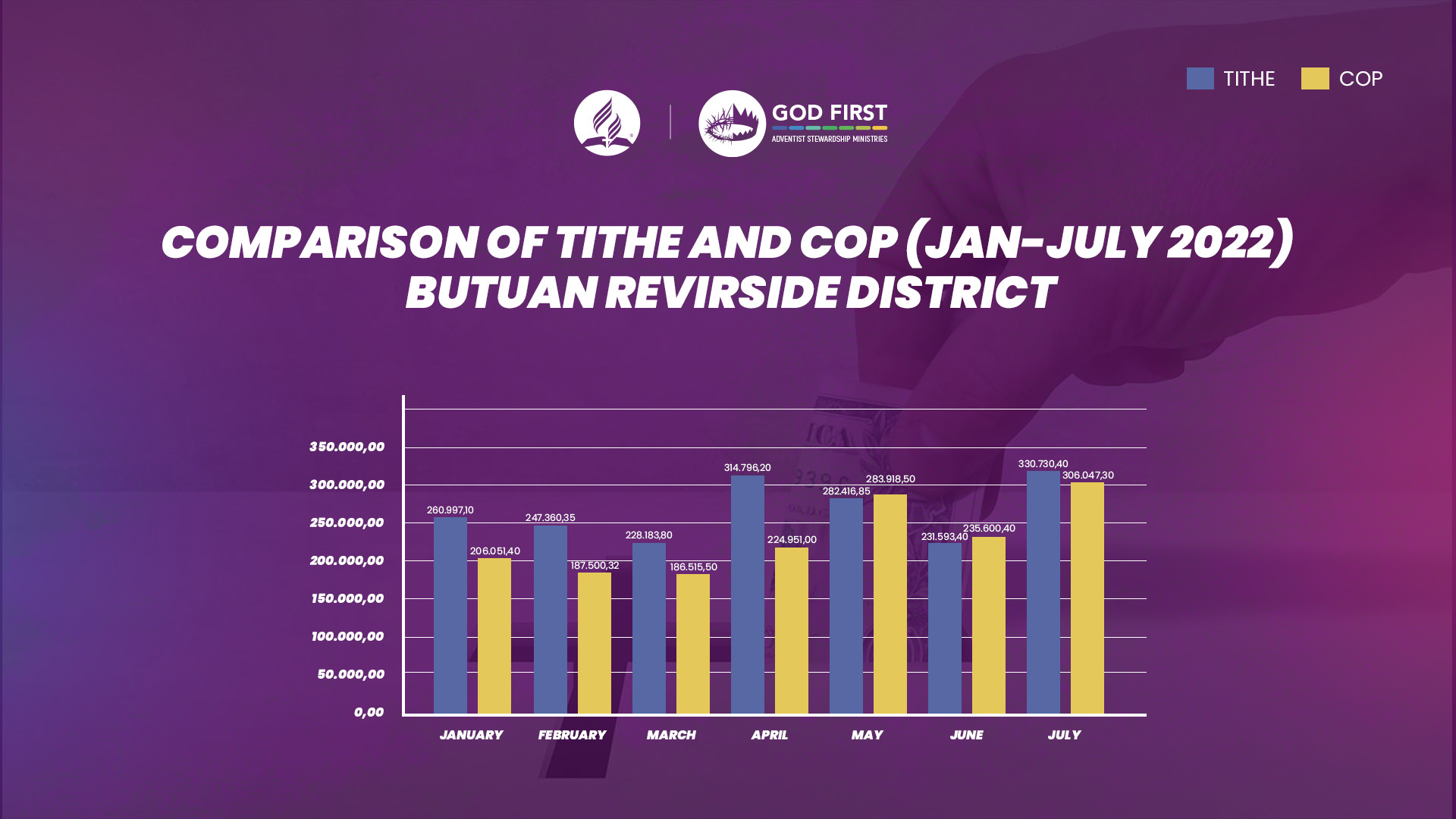 As other outcomes, the local leaders observed that there was no more a need to “sell” projects to members for them to be generous. They now give out of genuine love for God and His mission. Previously, some members were giving large amounts of money to support some projects. This situation often resulted in pride and a spirit of competition. Giving as a percentage in response to God’s ownership and provision has contributed to growing a brotherly atmosphere within the local church. Finally, the local church has the necessary funds to cover all expenses to accomplish its God-given mission.

Interestingly, the growth pattern at the Baan church is not an isolated incident. The effect is spilling over to the district of which the Baan church is a part of (see Graph 3). We can imagine what would happen if every member around the world understood and practiced this God-given concept, giving offerings every time they receive an income or increase from God. Ellen G. White writes: “If the plan of systematic benevolence were adopted by every individual and fully carried out, there would be a constant supply in the treasury. The income would flow in like a steady stream constantly supplied by overflowing springs of benevolence.”²

Churches in other localities will have to adapt the strategy used by the Baan church, but there are some basic principles that are worth replicating:

Jibil Simbah is currently serving as the Stewardship Ministries Department director of the Southern Asia Pacific Division of Seventh-day Adventists.