If, as according to the Los Angeles Times (March 21, 2014), the average American household contains 300,000 items, how far will this go?1 Many of my friends were so happy and satisfied with their smartphones, until the latest iPhone or Android series showed up. I wonder what they will do when this newer version will no longer be the latest? There are many explanations for that reality, but the underlying issue goes beyond the appeal for new inventions. Something more fundamental is at play: contentment, a state of mind that can also infiltrate other areas of life.

Contentment is generally known as the emotional state of satisfaction. People are usually not satisfied with what they have, and they begin to look for more. This does not only influence our spending habits but also other parts of life, such as relationships with self, others, and God.

The Test of Contentment

Adam and Eve were challenged at the core of their contentment. The first human beings were given enough reasons to be content, considering who they were and what they had. First, God created them in His image (Gen. 1:26), all good and perfect (Matt. 5:48). Second, they were given many quality options: “pleasant to the sight and good for food” (Gen. 2:9). The forbidden fruit is described as having the same beauty and attractiveness as the rest of the trees, but Adam and Eve were not to eat it. Contentment is recognizing that everything good and attractive does not have to be ours.

Eve experienced perfection and contentment until the devil redefined her need through the “ads” of the serpent. She was already created in the image of God, and thus she did not need anything else to prove her identity. Understanding who we are and our purpose in life can affect the level of our contentment. John Mason in his book Conquering an Enemy Called Average (1996) wrote these insightful words, “Until we make peace with who we are, we will never be content with what we have.”2

Those lining up in the cold winter breeze for the launch of the latest smartphone were once satisfied and even proud of the model of cellphone that they had. But later, because of the ads and promotions of the latest version, they were led to believe that what they had was no longer good enough. An external element can sow seeds of dissatisfaction with what was once cherished.

A contented person acknowledges that nobody is perfect but is satisfied with who he or she is. My second oldest brother does not draw like a professional portrait artist, but he is happy with his style of work. Recognize your limits, but value and appreciate your potential. Often the discontented person focuses on the imperfection. This situation leads to insecurity about self-worth.

Contentment is essential for a healthy relationship. When people in a relationship are content with the unit they constitute, they are less inclined to engage in the comparison game with others. Whereas the spirit of discontentment is like a cancer to loyalty and will eventually ruin a once strong union.

One legitimate reason for discontentment is the desire to grow. Growth and improvement are likely to happen when a person is not comfortable with the status quo. One example could be an observed deficiency in knowledge. After the need is identified, strategies are developed to transform the current reality. This is different from a discontentment generated by jealousy or covetousness. The motivation is not to fit into a social-acceptance slot.

Contentment would have prevented Adam and Eve from falling into sin. It helps to save relationships and money. It is a shield against unnecessary pressures and provides a feeling of inner peace. Hence, relationships are preserved, and God’s given resources are protected. Above all, contentment demonstrates our trust in the providence of our heavenly Father (Matt 6:11; 7:11). It is not naïve blindness about one’s current reality but confidence in the One in charge, who declares: “Never will I leave you; never will I forsake you” (Heb.13:5). 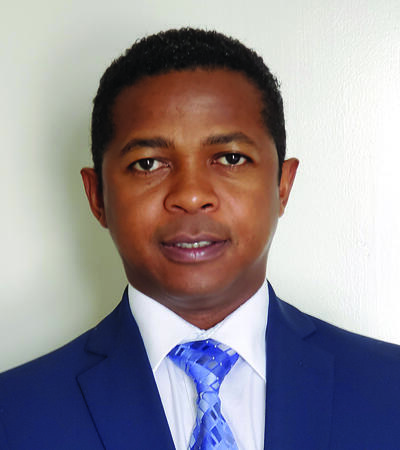 Tiana Rabearison, MDiv is currently the lead Pastor of The Ridge and Vicksburg SDA churches in the Gulf States Conference, USA.