The prophet Malachi lived in a time of religious formalism within the postexilic community that returned from Babylon. He rebuked the people for offering defective animals for sacrifice (Mal. 1:6-8), being unfaithful to the marriage vows (Mal. 2:10-16), and robbing God in tithes and offerings (Mal. 3:8-10). Since tithe is a full 10 percent of one’s increase (Lev. 27:30-33), it is easy to realize that people were not returning the full expected amount. But how could they (and perhaps we also) rob God in regard to offerings? Was God expecting those offerings also to be given in a regular and systematic way?

This article briefly surveys some of Ellen White’s main statements on a regular and systematic plan of personal offerings. Those statements are addressed chronologically, first under the so-called Systematic Benevolence plan, and then under the full 10-percent tithe plan.

Under the Systematic Benevolence Plan

The Sabbatarian Adventist financial stewardship plan grew out of the need for evangelism and equitable support of ministers. After much study, in early 1859, a plan of Systematic Benevolence was adopted by the local church in Battle Creek, Michigan. The plan suggested that on the first day of each week (1 Cor. 16:2), (1) each man from 18 to 60 years of age should lay aside “from five to twenty-five cents”; (2) each woman from 18 to 60 years of age should lay aside “from two to ten cents”; and (3) each man and woman should lay aside “from one to five cents on each and every one hundred dollars of property they possess.”[1] With slight changes of the proposed amounts, this systematic giving plan was adopted in June 1859 by the emerging denomination.[2]

At that time, Ellen White stated that the plan of Systematic Benevolence was “pleasing to God” and that He was “leading His people” in that plan.[3] But in early 1861, she regretted that some did not embrace it because of personal debts, obligations to their children, or even natural selfishness and covetousness. Although the Systematic Benevolence plan did not differentiate between tithe and offerings, Ellen White already echoed that biblical distinction (Mal. 3:8) when she appealed, “Rob not God by withholding from Him your tithes and offerings.”[4]

In her testimony on “The Cause in Ohio” (1861), Ellen White stressed that offerings should be both freewill in motivation and regular in practice. As to motivation, she declared that “the cause of God is not to be carried forward by pressed offerings.” The people have to decide for themselves whether they will “give much or little.” In regard to regular giving, White explained that people should not only bring a yearly offering to the camp meetings, but “also freely present a weekly and monthly offering before the Lord.” She saw this matter as a test of loyalty to the Lord closely related to character development.[5]

To the concepts of freewill and regular giving, Ellen White added the idea that offerings should be given as a proportion of one’s increase. In 1875, she wrote, “We are in a world of plenty. If the gifts and offerings were proportionate to the means which each has received of God, there would be no need of urgent calls for means at our large gatherings.” Then she added that the pressing appeals for more substantial offerings at those gatherings can easily lead “the poor man to give means to the cause that belongs to his family and that should be used to keep them in comfort and above pinching want.”[6]

But how can someone rob God in tithe and offerings (Mal. 3:8)? Ellen White explained that “God has devised a plan [of systematic benevolence] by which all may give as He has prospered them, and which will make giving a habit without waiting for special calls. Those who can do this, but will not because of their selfishness, are robbing their Creator, who has bestowed upon them means to invest in His cause to advance its interests.”[7]

Giving regularly and systematically to God’s cause should not be a burden but rather a real joy! In encouraging members to attend the church’s camp meetings, Ellen White appealed, “Come to these meetings prepared to work. Leave your home cares, and come to find Jesus, and He will be found of you. Come with your offerings as God has blessed you. Show your gratitude to your Creator, the Giver of all your benefits, by a freewill offering. Let none who are able come empty-handed.”[8] This should be the joyful motivation of all our offerings!

After the Ten-Percent Tithe Was Accepted

For two decades, Seventh-day Adventist financial stewardship had been based largely on the Systematic Benevolence plan. But the October 1878 General Conference Session in Battle Creek appointed a committee of five “to prepare a work on the Scriptural plan of Systematic Benevolence.”[9] Six-months later, the 72-page tract titled Systematic Benevolence; or the Bible Plan of Supporting the Ministry (1879) came off the press, recognizing that (1) God “created all things for His pleasure and glory”; (2) “we are stewards of what we possess”; (3) God requires from us a full tithe, i.e., “one-tenth” of all our increase; and (4) our tithe should be actually the “first-fruits” of our income.[10] From then on, a much clearer distinction between tithe and offerings was underscored.

Meanwhile, Ellen White continued to emphasize the above-mentioned characteristics of the offering system, recognizing also that our obligations to God should be our top priorities. In an article entitled, “‘Will a Man Rob God?’” (1882), she regretted, “Many persons will meet all inferior demands and dues, and leave to God only the last gleanings, if there be any. If not, his cause must wait till a more convenient season.”[11]

In 1893, Ellen White wrote a two-part article series called, “Liberality the Fruit of Love,” reaffirming the need of regularity and proportionality not only in tithing but also in offerings. In the first part of the series, she stated, “This matter of giving is not left to impulse. God has given us definite instruction in regard to it. He has specified tithes and offerings as the measure of our obligation. And he desires us to give regularly and systematically. Paul wrote to the church at Corinth, ‘Concerning the collection for the saints, as I have given order to the churches of Galatia, even so do ye. Upon the first day of the week, let every one of you lay by him in store, as God hath prospered him’ [1 Cor. 16:1, 2]. Let each regularly examine his income, which is all a blessing from God, and set apart the tithe as a separate fund, to be sacredly the Lord’s. This fund should not in any case be devoted to any other use; it is to be devoted solely to support the ministry of the gospel. After the tithe is set apart, let gifts and offerings be apportioned, ‘as God hath prospered you.’”[12]

In the second part of that series, Ellen White added, “In the Bible system of tithes and offerings the amounts paid by different persons will of course vary greatly, since they are proportioned to the income. With the poor man, the tithe will be a comparatively small sum, and his gifts will be according to his ability. But it is not the greatness of the gift that makes the offering acceptable to God; it is the purpose of the heart, the spirit of gratitude and love that it expresses. Let not the poor feel that their gifts are so small as to be unworthy of notice. Let them give according to their ability, feeling that they are servants of God, and that he will accept their offering.”[13]

The above-quoted statements from Ellen White carry some very significant principles on the overall offering system. First of all, we must recognize that all our offerings should be given in a spirit of gratitude for the many and various blessings received from the Lord. Those offerings should not be only a portion of the leftover amount after all our expenses are covered, but rather they should be the “first fruits” of our earnings. Special offerings can be given on specific occasions, but they should not replace a regular and systematic personal offering plan.

Let’s keep in mind the following statement by Ellen White, “It is God who blesses men with property, and He does this that they may be able to give toward the advancement of His cause. He sends the sunshine and the rain. He causes vegetation to flourish. He gives health and the ability to acquire means. All our blessings come from His bountiful hand. In turn, He would have men and women show their gratitude by returning Him a portion in tithes and offerings—in thank offerings, in freewill offerings, in trespass offerings. Should means flow into the treasury in accordance with this divinely appointed plan,—a tenth of all the increase, and liberal offerings,—there would be an abundance for the advancement of the Lord’s work.”[14] 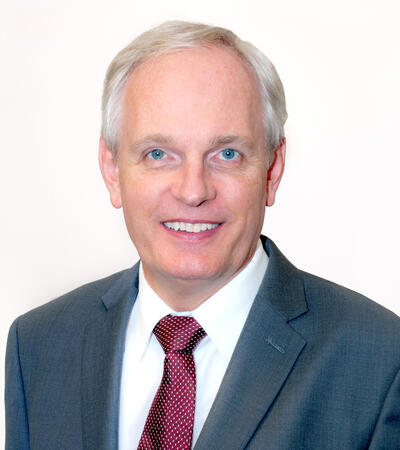