“This is the command of Cyrus, Emperor of Persia. The Lord, the God of Heaven, has made me ruler over the whole world and has given me the responsibility of building a temple for him in Jerusalem in Judah” (Ezra 1:2, GNB).

The general’s column of military vehicles turned into the grounds of the Seventh-day Adventist school and came to a stop outside the principal’s office window. Thura,* the principal, saw the convoy arrive. He had heard that another church in the area had lost property the week before so the general could build a pagoda. Following the example of Nehemiah, Thura lifted his heart in silent prayer for God’s guidance.

Thura remembered that many years before, the school was in another location, which had been taken by the government. The Adventists were told to leave. Since then, the school had moved to this new location and built another facility. Thura did not want to lose this school.

Thura was snapped back to reality when a teacher came to his office and informed him that the general was asking to speak with the principal of the school. Still praying for God to give him wisdom, Thura, trembling in his heart and legs, went to meet with the general. The general asked to be given a tour of the school facility.

After completing the tour, the general asked if there were any urgent needs that the school had. Thura again whispered a prayer to God for the right words to say. After hearing the list of several projects that the school was seeking funds to start, the general went to his vehicle and brought back $1,000 and gave it to Thura to use for the most urgent project—a well to supply the school with water. Thura was praising God for His blessings, but wondering what prompted the general to give this money to the Adventist school.

As the general turned to leave, he told Thura that his favorite bodyguard had attended this school until the tenth grade, and the general wanted to do something to honor him. God works on the hearts of public leaders to benefit His cause on earth.

Three heathen gentile kings ordered and funded the rebuilding of the temple in Jerusalem. “They completed the Temple as they had been commanded by the God of Israel and by Cyrus, Darius, and Artaxerxes, emperors of Persia” (Ezra 6:14). At first glance, the kings appeared to play a passive role, granting permission for the Jews to return to Jerusalem and to rebuild the temple. But the kings also actively made the necessary resources available to the Jews. “Let the cost be paid at the king's expense from taxes on the region beyond the River; this is to be given immediately to these men, so that they are not hindered” (Ezra 6:8, NKJV).

Nehemiah also experienced God working on the heart of King Artaxerxes to answer his prayer and fasting for the pitiful condition of the Jews who had returned to Jerusalem. As Nehemiah fasted and prayed, God was preparing the heart of the king to be willing to grant his requests. Allowing Nehemiah to go to Jerusalem was a gift from the king. The project of rebuilding the wall had been languishing for many years, with little progress being made. The gentile heathen king’s directives and resources enabled the wall around the city of Jerusalem to be rebuilt in less than three months.

All the gifts the gentile kings gave to the Jews fulfilled several Bible prophecies. Cyrus, the first king to give the command, fulfilled two Bible prophecies: the end of the 70 years of captivity (Jer. 25:11), and the rebuilding of the temple in Jerusalem prophesied before Cyrus was born and 150 years before he became king.

The command of King Artaxerxes to restore and rebuild Jerusalem signaled the beginning of the 2,300-day prophecy of Daniel 8:14, which pointed to the coming Messiah and the time of the end. Planned gifts given by these kings not only benefited God’s people but also fulfilled prophecy. God still moves on the hearts of leaders when God’s people fast and pray.

God still moves peoples’ hearts to provide resources to fund the mission of the church in our day, just as he did in Old Testament times. Ellen White states: “I have repeatedly been shown that we might receive far more favors than we do in many ways if we would approach men in wisdom”—Testimonies to Ministers and Gospel Workers, pp. 202, 203 (emphasis supplied). When God showed Ellen White something repeatedly, that meant it must be important for us to pay attention to it.

Some individuals may say that accepting gifts from people who are not of our faith is not to be done. Who knows how these funds were acquired? Ellen White states, “It is very strange that some of our brethren should feel that it is their duty to bring about a condition of things that will bind up the means that God would have set free” (Letter 11, 1895. Ellen G. White Estate, Washington, D.C., September 2, 1986 [emphasis supplied]). There could be no more questionable source of funds used to rebuild the temple and the wall around Jerusalem than those provided by heathen gentile kings, yet God chose them to accomplish His purposes on earth.

Trust Services is the department of the Seventh-day Adventist Church that handles the receiving of gifts from church members and other friends of the church who are not currently members. Knowing how to handle cash or non-cash gifts properly is what Trust Services does in order to support the mission of God to reach the world for Jesus Christ.

When developing a generous church, do not forget about the community outside the walls of your church building. God may be moving on the hearts of your neighbors, just as He moved on the hearts of kings in the times of Ezra and Nehemiah to re-build the temple and the wall around the city of Jerusalem, as well as the general on behalf of the needs at Thura’s school.

*Names and location have been changed. 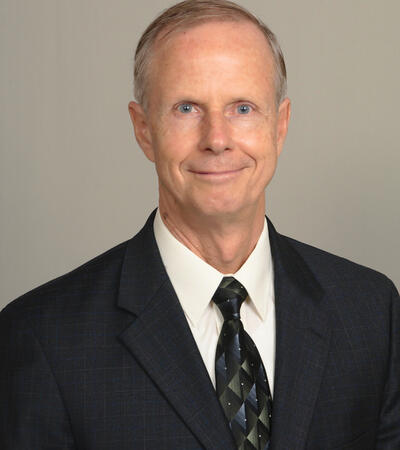