It was the start of my third year of study as a ministerial student at West Indies College in Jamaica. Derek Bignal, my friend and fellow student, arrived back on campus from his summer vacation break and announced that he had forgotten his suitcase on the minibus on which he had traveled from Kingston to Mandeville. He was a bit distressed, to say the least, because much of his worldly possessions, including his money, was in that suitcase.

Early each morning for about two weeks, Derek went to the minibus terminal in Mandeville in search of the bus on which he left his suitcase, but didn’t find it. While waiting at the terminal one morning, Alice Brantley, one of his teachers, pulled up beside him in her car. After he explained to her the reason he was there, she asked him, “Are you a tithe payer?” “Yes,” Derek replied. “Well,” she said, “You don’t need to worry about the suitcase. God will take care of it.” With that, Derek returned to the college campus and confidently declared that he would no longer try to find the suitcase. “I am a tithe payer, and I am going to find that suitcase on my bed soon,” he said.

Faith is the currency with which Christians negotiate life’s paths. Still, Derek’s pronouncement that his suitcase would make its way back to his dorm room and to his bed seemed at the time beyond the grasp of faith, given the proclivity of many Jamaicans to regard any usable item that they find as a bestowal by the benevolent Creator. At supper in the cafeteria one evening, a student rushed in and excitedly told Derek that his suitcase had been found. “Where is it?” Derek asked. “It’s on your bed!” the student answered. God honored His promise to pour out a blessing on all who are faithful in returning their tithe (Mal. 3:10). Like my friend, Derek, I am a tither and have been for as long as I have been conscious of my existence. As a child, my mother ensured that tithe was returned on every gift I received, however small. I am convinced that much of what I have enjoyed and experienced in life has been a result of God opening the windows of heaven and pouring out a blessing on me.

Mutant Message Down Under, a book given to me by a friend, provided a gainful reading on a recent trip to Jamaica. It chronicles the experience of Marlo Morgan, a U.S. physician who embedded herself with a group of Aborigines in the Australian Outback for approximately four months. Ranging from the near-fatal to the sublime, Morgan’s experience in the Outback pulls aside the curtain on an “ancient” civilization and provides a front-seat view of the customs, beliefs, and lifestyle of the Real People, the English rendering of the name the tribe gave to themselves.

The Real People’s view of their relationship with the earth is that they own nothing and are merely stewards of all that they use. We often tell the story of Job’s suffering with a passion that is born out of admiration, and rightly so. But the secret of Job’s attitude lay in the fact that like the Real People, he did not consider anything that he had his own. He recognized that all he had belonged to God. As a result of his desperate situation, he could say, “The Lord gave and the Lord has taken away. Blessed be the name of the Lord” (Job 1:21).

My practice of tithing is not predicated upon appeals by the church or the church’s need for funds, but on the conviction that I own nothing and that God is the Owner of all. He is the Benevolent Benefactor who provides for the needs of the Real People, for Job and me. My tithe is merely an expression of that recognition.  With that understanding, I have been able to develop a “though ” theology, like Job’s in times of personal loss, financial setbacks, and other challenging situations:

Martin Luther: “I have held many things in my hands, and I have lost them all; but whatever I have placed in God’s hands, that I still possess.”

Recently, I led a discussion on tithing in a New Believers class at my local church. I had assumed that some members of the class would consider tithing too great a sacrifice to make, but I was wrong. They were all happy to embrace the principles of tithing as opposed to complaining about having to forfeit one-tenth of their income. They asked searching questions such as, “Can I give my tithe to any good cause I choose?” and “Should I pay tithe on my gross income or my net income?”

In case you are wondering what answers I gave to those two questions, here is what I counseled: You cannot give away what is not yours. Tithe must be returned to God as an act of worship, and He is the one who decides how it should be used. On the matter of gross or net income, I told the group that the most important principle is faithfulness. Whether we give from our gross or our net, we need to be faithful and consistent in our giving. I added that those who return tithe on their gross salary are not expected to give tithe on their Social Security pension, as tithe has already been paid on it. However, those who returned tithe on their net salary should be prepared to return tithe on their Social Security pension. All were able to see the reasonableness of that position.

“God planned the system of beneficence in order that man might become like his Creator, benevolent and unselfish in character, and finally be partakers with Christ of the eternal glorious reward.” (Counsels on Stewardship, p. 15).

God promises an extraordinary blessing to all who are faithful in acknowledging His ownership and sovereignty in the way He has specified (Mal. 3:7-10). In the early part of my Christian walk, I believed that this blessing would come in additional wealth, but experience has taught me that it comes in a variety of forms. “I have driven over 100,000 miles on the original tires on my car,” said a colleague of mine. “I have had these suits for over thirty years, and they still look new.” These are both special blessings. The blessing might also be good health, a positive outlook on life, or our children doing well in school. You can add others.

My understanding of tithing has led me to concur with Martin Luther’s inspired statement, “I have held many things in my hands, and I have lost them all; but whatever I have placed in God’s hands, that I still possess.” Sooner or later, we will lose all our earthly possessions, but what we place in God’s hands we will possess forever. 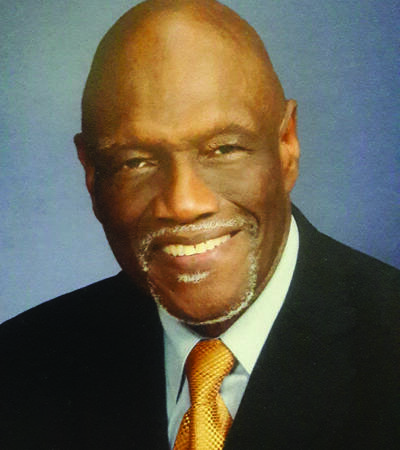 Originally from Jamaica, Don McFarlane worked as a pastor, department director, and church administrator in the British Union and Trans-European Division for 33 years. For the past seven years, he has been the pastor for administration and adult ministries at Sligo Seventh-day Adventist church.