Some of our earliest experiences are etched in our memories as if they had occurred yesterday. Following seminary, I was assigned a successful church plant that needed to purchase property to build. At that time we owned some worn-out furniture, a well-used car, and little else. As we fundraised for a church property, we experienced what it meant to seek God’s guidance as we worked to fulfill His mission in our new community. When the church members were asked to give, my family and I made a commitment that was born out of faith and prayer. Our pledge was far less than other families were giving, but it was also much more than we could afford to give. It was an act of faith.

During the next several months, we experienced so many miracles of God’s providence. Sometimes an elderly man would give us fresh greens from his garden. Other times we found bags of groceries by our door, and often a birthday or Christmas gift of cash met our obligations exactly. When the campaign was over, we found that we had received back what we had committed. Hearing our story, one church member said, “You did not have enough faith; if you would have pledged more, God would have met that too!”

The church purchased a property that it occupies to this day. We learned lessons of trust in God day by day, expressed beautifully in the words of an old gospel song: “Little Is Much When God Is in It.” Somehow God multiplied the little we had and added so many blessings on top of it. It became enough to share and to advance God’s kingdom in the local community. We had no idea at that time that the lessons we learned would one day be valuable to us today as cross-cultural missionaries for the church.

Most of our missionary lives have been spent in the 10/40 Window, where we see the reality of the “little is much” principle.

In the harvest field now ripened There’s a work for all to do. Hark! the Master’s voice is calling To the harvest calling you.

Does the place you’re called to labor Seem so small and little known? It is great if God is in it For He’ll not forsake His own.

Little is much when God is in it! Labor not for wealth or fame. There’s a crown, and you can win it If you go in Jesus’ name.

And when the conflict has ended And our race on earth is run He will say, if you’ve been faithful “Welcome home, My child—well done!”

Little is much when God is in it! Labor not for wealth or fame. There’s a crown, and you can win it

If you go in Jesus’ name.

In 2000 we felt a strong pull on our hearts to the mission field. The doors did not open immediately, but when we were invited into cross-cultural service, God confirmed, again and again, our call to serve. Our first international service was in Sri Lanka, where I was the coordinator for Global Mission. During our time there, God continued to affirm that His work does not depend on human efforts. In fact, our efforts were small and weak, but we look back and are reminded of many miracles and moments where we could not deny that “little is much, when God is in it.”

With limitations on every hand, God continually used little to provide much for His work. We frequently experienced a need for more qualified people to help open up new work. Financial resources were tight as well, but God always provided what was needed. During our time in Sri Lanka, several new congregations were formed. New workers appeared, committed to the task of sharing the gospel in spite of invariably challenging circumstances.

I can remember one young man who was not hired the first year he interviewed, since he had just been baptized. He returned the next year and was hired as a Global Mission pioneer. He was a humble young man, growing up and working on the plantations. In his first week, he built a small place of prayer that consisted of four posts and some palm branches in the middle of a tea plantation. He started a prayer meeting, and that prayer meeting grew and became four new worship groups. He did what he knew, and God blessed him.

Another man took up work in a nearby district and walked to area villages. Sometimes tigers stalked him as he covered the miles between villages late at night on foot. The groups he formed and nurtured were always full of joyful people who knew that Jesus had set them free from fear. His long walks wore holes repeatedly through his shoes until they could be repaired no longer. God took the hours and miles offered by this humble servant and made something beautiful out of them.

Since 2016 we have been serving in the Middle East and North Africa Union (MENA). To say that the task here is immense is an understatement. MENA comprises 20 nations, none of which are Christian. In only seven of these is the church legal. All others are nations where Christian mission is not legal, and in many, being a Christian can bring persecution. With a population of more than 558 million people, where most do not know the basics of God’s plan of salvation, MENA is considered one of the most challenging mission tasks remaining.

Currently, MENA has 5,200 church members spread among these 20 nations, meaning there is one Seventh-day Adventist for every 107,000 people. Our small band of workers seems insignificant when compared to the populations all around us. Even our faithful workers often feel unequipped for the daily and constant challenges they face. We can easily ask the question, “Who is qualified for this task?” Then we remember the promises of God, whose “strength is made perfect in our weakness” (2 Cor. 12:9).

Whenever we see a challenge so daunting that we feel we cannot face it, God gives us reassurance through His Word. He always fulfills His promises. Every week I hear the stories of God’s miraculous deliverance for young men and women who have found joy and hope in Jesus! Even with few frontline workers available in needy areas throughout MENA, we see, day by day, how God is using the little we have to provide for His work.

One young man living in London had a strong impression that he should return to his home country in the Middle East. He could not understand why this was being asked of him, but he knew for sure that it was a call from God. In the middle of winter, when it was cold and rainy, he returned to his home city, one of the largest in the world.

One day he was walking along a busy street on his way to the university. He stopped at a rack of books along the sidewalk. His eyes were drawn to one book. Once it was in his hands, he could not put it down. That book dramatically changed his trajectory, leading him to give his life to the Lord as a Global Mission pioneer. He would tell stories about Jesus to inquirers at that very same sidewalk bookstand. His life with God has since taken him to other places. But at that bookstand, he invited many people to join in a small group. Today, thanks to his service for God, there is a congregation made up of local people worshipping each Sabbath. God is doing something special in this large city!

We see stories like this in most MENA countries, stories that cannot be told because of the security risk to individuals who are faithfully sharing the message with others. Each story in the Middle East and North Africa represents the work of the Holy Spirit, a work that defies national boundaries and communication barriers. Every day we see the fruit of God’s love being demonstrated by church members and workers spread throughout this immense territory.

Some people doubt the effectiveness of their mission offerings. “I can’t give much, so I wonder if it makes a difference?” Every time I hear these doubts I think of stories such as those of David and Goliath, Jehosephat, and the widow’s mite. So many stories in the Bible speak of God taking our small offerings and making them powerfully effective to share His love in this world.

Here in the 10/40 Window, we can see personally and dramatically how God uses the smallest of offerings to change the lives of those who seek Him. Every day we pray for God to pour out visions and dreams on the people of this territory, dreams leading people to ask a Seventh-day Adventist about Jesus and His soon return. My prayer is being answered. It is the stories of changed lives that tell how much my little offering still matters.

God’s mustard-seed conspiracy is still moving forward through you! I want to thank the members of the church around the world! Through your contributions to the mission offerings, God is working miracles. It is worth repeating— little is much when God is in it. 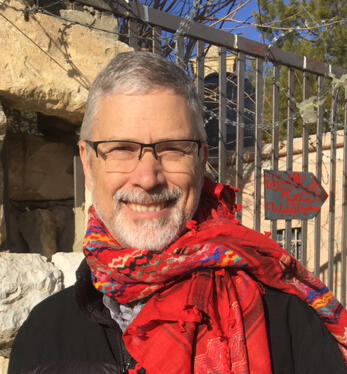 Rick McEdward serves as the president of the Middle East and North Africa Union, a territory attached to the General Conference of Seventh-day Adventists

I Can Serve Because You Give