If we were restricted to having just one book of the Bible instead of 66, and if I had a choice as to which book that should be, without hesitation, I would choose the book of Romans. It explains the gospel in terms that the person on the street can understand and describes in hope-filled cadences the extravagance of God’s grace, the unplumbed depth of His love for sinners, and the extent to which He has gone and is prepared to go to salvage humanity from sin’s wreckage.

A study of Romans has led to many great Christian revivals throughout the centuries, the most noted being the Reformation, led by Martin Luther, and that led by John Wesley. Martin Luther considered Romans “the clearest Gospel of all,” and Wesley said that his heart was “strangely warmed” by it.

“My heart was strangely warmed” is a sentiment with which I can identify. As a young teenager, I had a rancorous view of God, which was the result of my seeing Him as unjust for categorizing me as a sinner because of Adam’s sin. Why should I be designated a sinner when I had no part in Adam’s transgression? Adam bequeathed to me disobedience, unrighteousness, and eternal death without my having played a part in his sin. Unfair, unfair, I concluded. Maturing in my understanding of Scripture, I concluded that God could show Himself to be just, only by providing me with obedience, righteousness, and eternal life without my being involved in the process.

On reading Romans for the first time with understanding, I had an amazing “Eureka” moment. I discovered that in Jesus, God provided me with perfect obedience, perfect righteousness, and perfect eternal life without my involvement in the process. All that is required of me is acceptance by faith of what Christ has accomplished for humanity (Rom. 5:18, 19). As a result of grasping Paul’s message in Romans, four important things changed in my life: my negative view of God, my limited understanding of what constituted the gospel, the way I saw myself and others, and my motive for worshiping God.

My worship of God changed from being just a daily or weekly routine that made me feel good about myself and caused those close to me to be impressed with the depth of my piety. Worship instead became an active response to God’s amazing grace and to His action in justifying me, not on the basis of my goodness or my worthiness, but on the basis of the goodness and the worthiness of Jesus.

Englishman Lord Congleton (1805–1883) used a vivid and effective illustration to teach the people living on his estate the truth about God’s grace.1  Nearly all of his tenants were behind in their rent. Some were so far behind that they were afraid that they would be turned out of their homes. One day they noticed that a sign by their landlord was posted all over the estate, promising remission of rent to any tenant who would meet Lord Congleton in his office between the hours of 10 a.m. and noon on a particular day.

The tenants were suspicious of this promise by Congleton and spent the intervening days trying to find out what trick he was up to. On the appointed day, Congleton sat in his office awaiting the tenants‘ response to his generous offer, but they were still outside discussing the offer. Close to noon a man who was unavoidably delayed rushed into Lord Congleton’s office to claim the promised remission. “Do you really expect your debt to be forgiven?” asked Lord Congleton. “Indeed I do.” “And why do you?” “Because your Lordship has promised.” “And do you believe the promise?” “Of course I do, my lord” “Why?” “Because your lordship would not deceive a poor man.” “But you are a good man, aren’t you, industrious and hardworking,” said Congleton. “My lord, your notice said nothing about my being good.” “And so believing the notice and finding no conditions attached, you have come for your receipt?” “Yes, my lord.”

Congleton wrote the receipt and gave it to the man, who waved it above his head and shouted, “I knew you wouldn’t deceive us! God bless you!” He was making for the door to show the receipt to the other tenants, but Congleton asked him to remain inside until the hour of noon struck, since the promise of remission was based on faith. At noon, the man rushed out and waved his receipt: “I’ve got it, my debt is canceled!”

What Worship Is All About

My worship is in response to my debt having been canceled by Jesus. I am free! I am willing to give myself and all that I have in response. An example of this kind of worship is found in all four Gospels: Matthew 26:6-13; Mark 14:3-9; Luke 7:36-50; John 12:1-8. A Pharisee by the name of Simon invited Jesus to his home for a dinner party. While the party was in full swing, a woman, identified by John as Mary, sister of Lazarus, washed the feet of Jesus with her tears, dried them with her hair, and anointed them and Jesus’ head with an expensive ointment.

If indeed this woman was Lazarus’ sister, she was a disciple of Jesus, whose heart was moved to pay homage to the One who had edged her life with hope and had reached out to rescue her from whatever it was that had trapped her. Jesus had changed her life in such a positive and dramatic manner that she felt constrained to give her all to Him in return. Some of those present were incensed by her actions. Their anger was twofold. First, they resented the fact that a woman had ministered to Jesus in the way she had. How dare she! Second, they lamented such an expensive ointment being wasted on the feet of Jesus. “To what purpose is this waste? For this ointment might have been sold for much, and given to the poor.”

Mary understood what worship is all about. The expensive ointment was possibly her most precious possession. But having tasted the refreshing water of God’s grace, she could not help but give all that she had and all that she treasured to Jesus. She did not hold back. Isn’t that what true worship is about? Mary understood that where her heart was, there should her treasure be also, and she was willing to give it all to Jesus. “Few appreciate all that Christ is to them. If they did, the great love of Mary would be expressed, the anointing would be freely bestowed. The expensive ointment would not be called a waste. Nothing would be thought too costly to give to Jesus, no self-denial or self-sacrifice too great to be endured for His sake.”2

Those who believe, that the most important enterprise on this earth is God’s effort to rescue us from sin and provide us with hope and a purpose in life, will freely give their time, energy, intellect, money, and themselves to the advancement of this cause. They will place their treasure where their heart is and give in response to God’s extravagant act of saving them from sin. They will also give because of a restlessness to share their experience of freedom in Christ with as many as possible. As the hungry lepers who found food declared, “What we’re doing is not right. This is a day of good news and we are keeping it to ourselves.”3  We must share that good news with others. 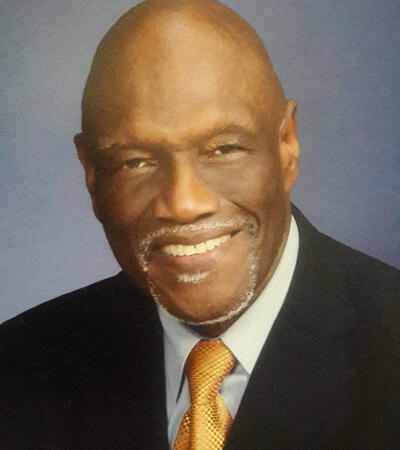 Originally from Jamaica, Don McFarlane worked as a pastor, department director and church administrator in the British Union and Trans-European Division for 33 years. For the past seven years he has been the pastor for administration and adult ministries at Sligo Seventh-day Adventist church.