The giving of offerings is regularly cited as a weak point in the practice of stewardship in the Seventh-day Adventist Church. This situation is mainly because of the lack of a clear theological understanding of offerings in the Bible, as well as little emphasis by spiritual leaders and pastors. However, the act of giving offerings is ingrained in the very fabric of the worship of God, as was expressed in different types of offerings in the Old Testament.

Some offerings were types of Christ’s salvific work and mediation between God and humanity: peace offering, wave sheaf, burnt offering, and sin offering. On this account, when Christ the antitype came and died, all those offerings pointing to His earthly mission came to an end as type met antitype. Nonetheless, some of the offerings are as enduring as God Himself; they stand as humanity’s means to express gratitude to God: vows, thank offerings, freewill offerings, or offerings in general terms.

This presentation aims at exploring some biblical meanings of offerings and to establish the mandatory nature of bringing offerings. It focuses on four passages: Exodus 35:5, 29; Psalm 96:7, 8; Leviticus 7:13-16; and Malachi 3:7-8.

Psalm 96:8 “Give to the LORD the glory due His name; bring an offering and come into His courts.”[1]

In Psalm 96:8, 9, the word translated as offering is minḥâ, which means “to apportion, a donation, tribute, a voluntary bloodless sacrificial offering, sacrifice, gift, present, and offering.”[2] A minḥâ was given as a sign of love and gratitude to God.[3]  The context of verses 1-3 reveals that this offering was associated with the Israelites’ gratitude to God as the Lord and Creator of the heavens. Minḥâ was a sacrifice (Gen. 4:3, 4), or present, given to God as King in the context of worshipping Him (Ps. 96:8, 9). It could also be a gift to a man by another man as a sign of goodwill (Gen. 32:13-15; 43:11; 1 Kings 10:24, 25), and by subjects to their ruling masters as tribute (Judg. 3:15-18). It can be in forms of farm produce, flocks, or metals, as mentioned in the previous texts. Therefore, believers present a minḥâ to God as a sign of loyalty or honor.[4]

It is worth noting that in Psalm 96:8, two verbs, יָהַב yāhaḇ (to give, come, bring, take), translated as “give,” and נָשָׂא nāśāʾ(arise, bring forth, carry), translated as “bring,” are associated with minḥâ. They are both grammatical commands (Qal imperative active voice masculine plural) expressing a command or order from God to all people.[5] This implies that God mandated all the Israelites to come to Him with an offering in any form, and not be empty-handed. The New Testament reveals that every worshipper was expected to approach God with a non sacrificial offering, as evidenced in Luke 21:1, 4.

The word translated as “offering” in Exodus 35:5 is ṯᵉrûmâ (a present, as offered up), especially in sacrifice, tribute, gift, and heave offering.[6] However, in verse 29, a different word, נְדָבָה nᵉḏāḇâ, translated as “freewill offering” is used, yet addressing the same results as commanded in verse 5. Therefore, from the context, ṯᵉrûmâ (offering, gift, present) and nᵉḏāḇâ (freewill offering, abundant gift) are used interchangeably by God in this chapter, yet brought at God’s command by all Israelites.

ṯᵉrûmâ (offering) or nᵉḏāḇâ (freewill offering) was in varied forms, just like minḥâ above. Some items were metals, clothes, animal skins or other animal products, oils, perfumes, wood, and precious stones (Exod. 35:21-29) as each one had (Exod. 35:23, 24). ṯᵉrûmâ is also applied to portions of animal sacrifices (Lev. 7:32), as well as to the tithe from all Israelites given as an offering to God, and that which the Levites gave back to God after receiving it (Num.18:24, 25). It included the sanctuary tax paid by all adults (Exod. 30:13, 14).

Consequently, terumah can represent something a worshipper carries to approach the face of God as worship or honor (Num. 18:24, 25), for sacrifice (Lev. 7:32), or to be used for the services of God (Exod. 25:2, 35:5). The bringing in of the non-sacrificial aspects of terumah, such as tithe, is a terumah, an offering to thank and recognize God’s ownership of every blessing. The bringing of nedabah (freewill offering), too, is a terumah offering, thanking God as the provider of blessings (1 Chron. 29:10-13). It’s a command to everyone, just as the nonsacrificial minchah offering above.

לָקַח lāqaḥ (to take, bring, carry, fetch)[7] translated as “take” in Exodus 35:5, is a command (Qal imperative active voice masculine plural), expressing a command or charge by God to all Israelites to take the ṯᵉrûmâ (an offering or present) to Him.[8] In spite of changing the word or verb in verse 29 to nᵉḏāḇâ (freewill, voluntariness,[9] abundant gift, freewill offering, plentiful offering),[10] the command aspect is still retained by the use of צָוָה ṣāwāh (to command, order, instruct, give direction), translated as “commanded” in the clause “which the LORD had commanded” in verse 29,[11] which is grammatically (piel perfect active voice masculine singular) expressing the intensiveness of the commandby God.[12] The command was intensive on the part of God to all; however, the offering brought in verse 29 is called a nᵉḏāḇâ (freewill offering or voluntary offering).

Leviticus 7:13, 16: “Besides the cakes, as his offering he shall offer leavened bread with the sacrifice of thanksgiving of his peace offering. … But if the sacrifice of his offering is a vow or a voluntary offering, it shall be eaten the same day that he offers his sacrifice; but on the next day the remainder of it also may be eaten.”

The Hebrew word translated as “offering” in Leviticus 7:13, 16 is קָרְבָּן qorḇān (something brought near the altar, i.e., a sacrificial present, offering).[13] This word can also mean a “gift, offering, sacrifice, or contribution.”[14] It is a general term for the offering of an animal, vegetable, gold, silver, etc.[15] Qurban or qorban, therefore, can apply to various forms of offerings. It focused on what was brought near God or to the altar for sacrifice, though not limited to sacrifices; it also meant non sacrificial offerings brought to God.

Malachi 3:8: “Will a man rob God? Yet you have robbed Me! But you say, ‘In what way have we robbed You?’ In tithes and offerings.”

The word translated as “offering” here is ṯᵉrûmâ (offering, gift, or present), as in Exodus 35:5. This offering, which God demanded from all Israel as a nation at the cost of cursing them for robbing it (Mal. 3:8, 9), is the same word as the ṯᵉrûmâ (offering, gift, or present) of Exodus 25:2, 3; 35:5, 24, 29. For this reason, it conveys grammatically and semantically the same principles found in the text of Exodus above.

The mandatory nature of terumah (offering) is evidenced by the commanding tone used by God, as Malachi 3:8, 10 states, “Bring ye all the tithes into the storehouse” (KJV). The command “to bring” follows the charge against Judah by God for robbing Him of tithes and offerings in verse 8. The verb translated as “bring” in verse 10 is from בּוֹא bôʾ(hiphil imperative masculine plural active voice), which expresses a command for a causative action to be performed[16]—God being the cause of the instruction for the bringing of the offerings to His storehouse. This implies that it was a command demanding immediate action,[xvii] to be obeyed by all Judah, similar to ṯᵉrûmâ, mandated to all Israelites(Exod. 25:2; 35:5, 24).

Consequently, in the two texts where terumah is used, the command aspect is part of it; hence, it is an obligation to all worshippers. Terumah (offering here) was not for building a sanctuary as it was in Exodus, but a sign of honoring (worshipping) God and as food in His house (Mal.1:6, 3:10) for the priests and Levites to use (Num. 18:24-30).

From the foregone study, an offering is a gift, sacrifice, contribution, and present that the worshipper brings up near to God as a sign of gratitude and honor to God, or to fellow men as a sign of goodwill. While the same word meant “sacrificial offering representing Jesus Christ’s mediatory work on earth,” this aspect ended with His death on the cross. In addition, it can also be observed that in all three cases, the words terumah, minchah, and nedabah (gift, present, offering, or freewill offering) were used grammatically as commands of God. However, the worshippers responded willingly to the command, as the percentage was determined by the worshipper’s goodwill. The only exception was the tithe, which was tied to the percentage that was designated as a terumah when brought by Israelites and Levites to God. Therefore, offering or gift bringing to God is an obligation of all worshippers to honor God as they come for worship before Him.

[i] Unless otherwise noted, all Bible texts are from the New King James Version. Copyright ã 1979, 1980, 1982 by Thomas Nelson, Inc. Used by permission. All rights reserved. 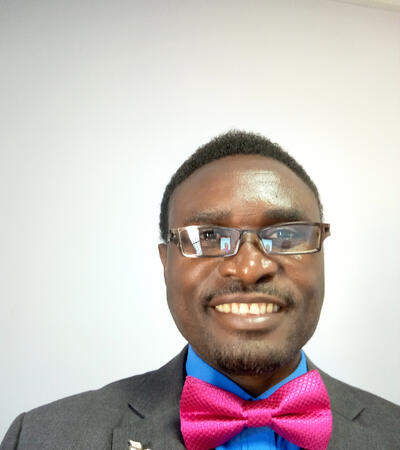