I have come that they may have life, and have it to the full” (John 10:10, NIV). This promise of Jesus embraces all dimensions of existence, and it can start now. For it to become a reality, one has to overcome the “Empty Pocket Syndrome”—the paralyzing feeling of inadequacy and insufficiency while facing life challenges and responsibilities.

An example of the empty pocket syndrome is Gideon, the hiding mighty warrior (Judges 6:11, 12). When the visiting Angel called him “mighty warrior,” he could hardly believe it. But the Visitor was not wrong in His assessment. He knew the capacity and potential of Gideon, though unused and latent. He admired the young man for who he could become.

So, how do you overcome the empty pocket syndrome and live abundantly as a faithful partner in God’s mission?

There are several causes of the empty pocket syndrome. The repetition of oppressive, traumatic experiences is a major one. We read in Judges 6:2, “Because the power of Midian was so oppressive, the Israelites prepared shelters for themselves in mountain clefts, caves and strongholds.” Israel was under attack from a powerful enemy for a period of seven consecutive years. They ended up thinking that they could not do anything to change their situation. The people ran into the mountains, and Gideon hid in the winepress. He chose to endure with resignation without realizing that he had the power to transform reality.

Another paralyzing factor is the comparison game. While facing life challenges people begin comparing their own strength to the strength of others.  Gideon is a typical example: “ ‘Pardon me, my lord,’ ” Gideon replied, “ ‘but how can I save Israel? My clan is the weakest in Manasseh, and I am the least in my family’ ” (Judges 6:15). The comparison game is usually based on two assumptions: (1) I do not have what the others have, therefore I don’t have. (2) I do not have the same amount as the others, therefore I don’t have. Are we frequent players of the comparison game?

The fear generated by past failures and several missed-the-mark experiences fuel the empty pocket syndrome. We are terrified by the image in the rearview mirror and conclude that the future can only be a replicate of the past. Past and present performances are not always the best indicators of what one can accomplish.

How do we undergo a change of mindset? During His encounter with Gideon, the Angel tried to convince the hiding farmer that he had received the power. “The Lord turned to him and said, ‘Go in the strength you have and save Israel out of Midian’s hand. Am I not sending you?’ ” (Judges 6:14).

Many who feel inadequate to partner in God’s mission because of an apparent lack of resources can undergo a reprogramming exercise by reminding themselves of God’s resource options: (1) Not begging for bread (Ps. 37:25). (2) Needs are satisfied (Ph. 4:19). (3) Capacity to produce wealth (Deut. 8:18). Each of these options is a clear statement that our pockets are not empty.

It is essential to deconstruct the two false assumptions mentioned earlier that feed the comparison game. Our differences from others do not disqualify us from service. First, the Bible recognizes and affirms a diversity of gifts (1 Cor. 12:8-10) of various nature (Exod. 31:1-5). Second, a variation in quantity of resources received is not equivalent to absence of resources; little is not the same as nothing. The widow who first declared that she had nothing at home and later acknowledged that she had a little oil, learned that even a little could make a big difference (2 Kings 4: 1-7).

The feeling of helplessness is often the result of seeking in the wrong direction. We look at our purse and bank account, see limited resources, and conclude that we are empty. These words of Jesus contradict our conclusion: “ ‘Again, it will be like a man going on a journey, who called his servants and entrusted his wealth to them’ ” (Matt. 25:14). The quest for money, for hard currency, often leads to frustration and blinds us to the reality of God’s raw materials, which He has already provided. Time, energy, and talents are some of these intangible resources. When they are used regularly and consistently, they produce wealth (Prov. 10:4).

Abundant life and partnership with God are reachable ideals. Our pockets are not empty. Someone has placed something valuable in them. 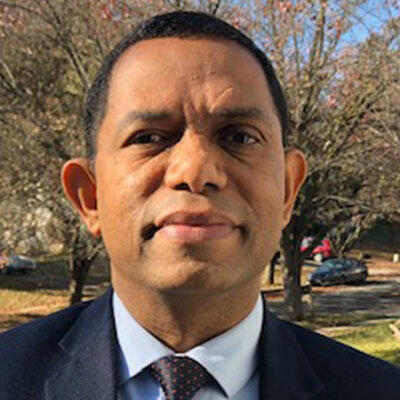 Pastor Aniel Barbe is an associate director of Stewardship Ministries and editor of Dynamic Steward at the General Conference of Seventh-day Adventists, Silver Spring, Maryland.