After a personal struggle, I finally decided to raise the percentage of my Promise,[1] and I am not proud of it. To begin with, why does it have to be a struggle? As a minister, I was supposed to be an example and give out of pure love for God and His work—but the truth is not that beautiful. Actually, I still struggle with an extremely strong inclination toward materialism, consumerism, and the love of this world. For me, what is tangible is far more attractive than what is intangible, which makes it difficult to develop trust and faith in God.

Abraham’s story of sacrificing Isaac upon the altar shows how painful it may be to develop trust in God, but also how much the Lord values that growth: “Now I know that you fear God, since you have not withheld your son, your only son, from Me” (Gen. 22:12, NKJV). Of course, Christians should be ready to sacrifice everything, but it seems that the experience of self-denial is especially painful for those, like me, who have a stronger propensity to worldliness.

I became a Promisor[2] for the first time at age 11, answering what I believed to be a call from God through my local church pastor, Josino Campos. That (very small) percentage was then doubled when the Lord gave me my first job, and then increased a little again (to 5 percent) when I married Mari and started to work as a minister. Ten years later, after a mighty act of God (He almost literally delivered me from the grave), my wife and I felt compelled to double that percentage—even though she lost her job because we had just been called to a different field.

In my new position of serving as GC Stewardship director, I felt it my duty to annually invite all pastors to sacrifice something by becoming Promisors or by increasing their Promise percentages. But should I not then also increase my percentage? Peter suggests that we need to be “examples to the flock,” modeling what we yearn to see in those we lead (1 Pet. 5:2-4, NKJV, italics supplied). So, on different occasions, the percentage of my Promise was again increased.

Finally, in 2003, my wife and I were led to commit as Promise what to us was a very challenging percentage of our income. It would require a miracle for us to survive every month until the next paycheck. But my whole family experienced amazing miracles as the Lord took care of us in remarkable ways! Actually, I believe that experiences like that exert a deep influence on our children’s decision for Christ, because they can see God and prayer in very real ways. On the other hand, if we don’t give, or if we still have too much left with us, the chances will be higher of fostering a lack of commitment in our children.

At the end of 2015, the call to move to the United States brought some great economic challenges. First, Mari lost her job again. Then, just after we sold everything, and before exchanging our money for U.S. dollars, the Brazilian currency lost a significant part of its value. On top of that, our two daughters told us that both of them would marry in the same year, and we decided to provide some financial help for their weddings and for beginning their married lives.

Now, with the money left, it seemed impossible for us to purchase a house, a car, and everything else we would need in the new country. Besides that, how would we meet other important needs such as building an emergency fund, saving for retirement, or providing for Mari in case I pass away?

At that time, it seemed that fear was stronger than trust, because I decided to decrease the percentage of my Promise to a third of what I had been giving. (I still wonder if lack of faith sometimes does not disguise itself as prudence, leading us to miss some precious experiences of trust that we could have had otherwise.) But only three months later, God’s care was so evident that we decided to increase that percentage again, to two thirds of what it was previously.

Even though I then felt much better, my impression was that I was sometimes living more by sight than by faith. Was I not failing to learn how to trust more completely in the Lord, to depend more on Him, to pray more? In my case, because I am so materialistic, consumeristic, and in love with this world, the more money I have, the less I feel the need of prayer.

When giving is based on a call from God and not on a selfish desire to be recognized as a philanthropist (it is a totally different kind of giving), it becomes a humbling exercise of trust in God and a growing relationship with Him. Sometimes, by allowing more trials, the Lord is kindly inviting us to pray more. But other times, that same invitation for praying more may come via an encouragement to give more. If you give more, you have less, and you need to pray more. If you pray more, you worry less, you trust more, you live by faith, and you have your eyes diverted from this world and fixed on coming realities (Col. 3:1-3).

And it doesn’t mean that by increasing the percentage of your Promise you will necessarily decrease your standard of living. But it does mean that you will need to increase your prayer standards. At the same time, it will require you to learn from Jesus how to find real delight in a simpler lifestyle, which is a very useful skill in these end times. You also need to pray for wisdom about how to use the remaining resources in a more efficient manner; you need to pray for a pure heart, in order to keep the way open to receive that guidance; and you need to pray for finding the same products or services at a better price (usually there is a better price somewhere).

It is with that experience in view that Ellen White suggests that “every faithful steward” should be more eager “to enlarge the proportion of gifts . . . than to decrease his offering on jot or tittle.”[3] This quotation is not saying that it is a sin to decrease the proportion (or percentage) of what we are giving, but that our aim should be to enlarge it instead, because it will also enlarge our experience of trust.

On the other hand, she also says that when we retain more, we don’t necessarily have more: “They have thought it gain to rob God by retaining all, or a selfish proportion of His gifts. . . . But they meet with loss instead of gain. . . . Their course results in the withdrawal of mercies and blessings.”[4] These two Ellen G. White quotations were constantly reminding me about the importance of “enlarging the proportion” as an act of faith.

Finally, last year, in 2019, I proposed a deal with the Lord, including three “ifs” as disclaimers. I would increase again the percentage of my Promise, to the same proportion it was before the end of 2015, “if” He would provide an income for Mari, “if” her income would be at least a specific amount (which was very unlikely to happen), and “if” Mari would agree on moving in that direction (I always include her on such decisions). After all, by choosing that percentage, my salary would cover only tithe, Promise, mortgage, a car note, insurances, and taxes. All the rest would inescapably be her part.

After a little while, the Lord fulfilled the first “if” by giving her a job, which she loves. But as the second “if” was not fulfilled (her income was much lower than what I proposed), I thought for a while that I was released from my deal. But then, it was as if a sweet voice was constantly inviting me: “Don’t you believe that even with your wife’s smaller income that I am able to supply all your needs in Christ Jesus?” (Phil. 4:19). I was unable to avoid hearing that voice!

So, after struggling for three months against that thought, I finally decided to talk to Mari about the plan. Part of me was hoping that her rejection of the idea would bring my feet back to “safer” ground. But she instantly agreed on it, so I was left with no other choice than to move back to that challenging percentage that was in place before the end of 2015. When the next paycheck arrived and I started to fulfill the vow, there was an indescribable peace of mind!

I still don’t know the end of this story—it’s an ongoing experiment. What will the Lord lead us to do with our percentages if in the future, for instance, Mari is no longer able to retain that job? I don’t know. But so far, I am not looking back. It has been a privilege to live in that different kind of stability, one that does not depend on what is seen, but on unseen realities!

Now I am praying for you. Is not the Lord calling you to also become a Promisor, or simply to raise your Promise’s percentage if you are already a Promisor? Is it not a call for you to trust more and to pray more, to detach yourself from this world and to look to the world above? Is He not able to supply everything you need?

Here is a promise preceded by two conditions: “If men love and obey God, and do their part, God will provide for all their wants.”[5] Fulfill the conditions, and it is an all-inclusive promise! Then there is David’s invitation: “Oh, taste and see that the Lord is good; blessed is the man who trusts in Him! Oh, fear the Lord, you His saints! There is no want to those who fear Him. The young lions lack and suffer hunger; but those who seek the Lord shall not lack any good thing” (Ps. 34:8-10, NKJV). Look forward and above! You are the blessed of the Lord!

[1] Promise is a name used to identify the regular and systematic offering, proposed to God as a percentage (this is the system) of every income or increase (this is the regularity). Read more on Faiock Bomfim, Marcos (2020, January-March). “What is ‘Promise’”? Dynamic Steward, vol. 23. no. 1, pp. 12, 13. Find the electronic format of the article here: https://stewardship.adventist.org/what-is-promise.
[2] Someone who has proposed to give God a percentage of every income or increase as a regular and systematic offering. See the previous endnote.
[3] Ellen G. White, Counsels on Stewardship, p. 200 (italics supplied).
[4] Ibid., p. 90 (italics supplied).
[5] Ibid., p. 227. 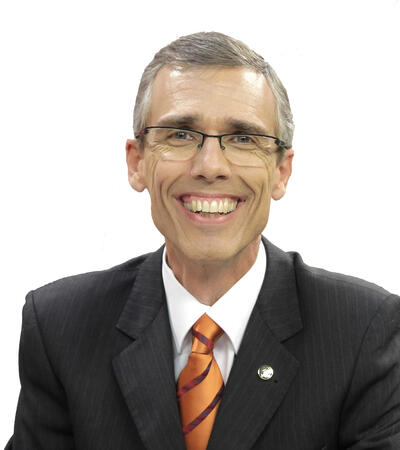