Work is a prominent aspect of our lives as humans. Adults spend, on average, 30 percent of their life at work, and aspire to careers that they are passionate about. Work ethics is defined as a set of values such as integrity, responsibility, and perseverance in one's employment. A person is said to have a strong work ethic if he/she is disciplined and engaged in his/her work. Nevertheless, many people perceive work as an evil necessity. Why is that so? More important, what does the Bible have to say about work? What are the biblical principles that can guide the Christian believer regarding work? These are the questions that this article will address.

The Bible mentions work from the beginning of humankind's existence. As soon as God created Adam and Eve, He employed them in the Garden of Eden (Gen. 2:15). Work was part of what God qualified as “very good” (Genesis 1:31). God gave men and women work to do to contribute to their happiness. “To Adam was given the work of caring for the garden. The Creator knew that Adam could not be happy without employment. . . . He who created man knew what would be for his happiness, and no sooner had He created him than He gave him his appointed work.”[1] In so doing, God showed that work—a gift from God—is to be valued by humanity.

After Adam sinned, God did not remove work from him, but designed that it would require more effort to see the results of one’s labor (Gen. 3:17). This action of God, although it may seem harsh, was actually for the benefit of humankind. “The fall of Adam changed the order of things; the earth was cursed: but the decree that man should earn his bread by the sweat of his brow was not given as a curse.”[2] Rather, it was part of the plan of redemption, an effective way to help humankind regain what was lost because of sin. By working hard, one disciplines both one’s mind and body. “It was a part of God’s great plan of man’s recovery from the ruin and degradation of sin.”[3]

As sin and its results spread all over the earth, human beings rejected God and His authority. They ignored the truth that God instituted work, and acted as if work were their own invention. Without any sense of accountability to God, they set up inhuman working conditions. Slavery was instituted. Oppression and cruelty were felt even among those who were considered children of God (Mal. 3:5; Jer. 22:13). The wage earners and slaves loathed their condition. Thus, something that was meant for human happiness at Creation turned into a bitter experience and was considered a curse. On the other hand, when God is considered the rightful owner of work, the Supreme Employer, the human employers consider themselves as His agents and act according to the law of God, which is the law of love. Such agents act in the fear of God, as the example of Boaz (Ruth 2:3, 4, 14) shows.

Human beings work to make a living. The Lord gave precise instructions to the children of Israel concerning the workers’ right to their wages (Lev. 19:13). It is not in His plan that any worker, including the foreigner, the hired worker, and the poor, should be deprived of the essential comfort of life when they are working and expecting a reward from their labor. God clearly describes the obligations of the employer vis-à-vis their employees (Deut. 24:14, 15).

When human beings depart from the fear of God, the possession of money is considered a measure of the real value of humans. As a result, humans consider work as only a way to make money and do not consider it as something honorable and a means to glorify God. Some jobs are despised because they provide a small salary. Other jobs are considered of great value because they provide much compensation, and people look for such even if their talents do not match the profession to which they aspire. The Bible shows that God provides the means to wealth, and He assigns everyone something useful to do according to his or her ability (Matt. 25:15). The belief that work comes from the God who cares for even the tiny sparrow (Luke 12:6, 7) frees human workers from the constant anxiety of not earning enough to meet their needs (Matt. 6:34).

How does one work?

The way one works is also an important consideration. In this regard the misconception about work results in two extremes: laziness/idleness and overwork. The Bible condemns both tendencies. The child of God is called to engage in work with a spirit of gratitude, serving the Lord enthusiastically (Rom. 12:11) rather than indulging in idleness. God demonstrates the value of work by placing among the Ten Commandments a law regarding labor (Ex. 20:9). The commandments are obeyed because of one's love for God (John 14:15). When Jesus summarized them to the young ruler, He mentioned that men should love the Lord God with their heart, soul, and mind (Luke 10:27). When “heart and soul are to be put into work of any kind,” we give evidence to God that we appreciate His gift in the physical powers, and mental faculties as well.[4]

Work brings dignity as the worker earns his/her keep. The apostle Paul admonishes that the one who does not want to work should not eat (2 Thess. 3:10-12). He set the example, and worked with his own hands to avoid being dependent on those to whom he was preaching the Gospel (Acts 18:13; 20:34). Jesus, our perfect example, demonstrated the value of work when He devoted a large part of His life on earth to working as a carpenter (Mark 6:3). “He was not willing to be defective, even in handling tools. He was perfect as a workman, as He was perfect in character. By example He taught that work should be performed with exactness and thoroughness and that labor is honorable.”[5]

The other extreme is overwork. The harmony of all the parts (body, mind, and spirit) is to be maintained in a delicate balance. “It is not work but overwork, without periods of rest, that breaks people down, endangering the life forces.”[6]Temperance in all things is prescribed, including work (Gal. 5:23). Solomon advises restraint in work (Prov. 23:4). God in the Ten Commandments ordered rest for both humans and animals (Ex. 20: 10). He also instructed the Israelites to maintain a balance between work and rest. The Israelites had several feasts during the year and were called to leave their everyday work and turn their thoughts to religious matters and fellowship (Lev. 23; Num. 28; 29; Deut. 16). The instructions apply to our contemporary society as well. "Those who . . . continue to labor when their judgment tells them they should rest are never gainers. They are living on borrowed capital." [7] By deliberately putting aside time to re-create and focus on other things than work, human beings proclaim their freedom from the tyranny of work.

This article focuses on how God instituted and values work and how, because of sin, this gift has been misused. It also highlights biblical principles that show that God calls His children to honor the work He assigns to them by doing their best, thus giving glory to their Maker. 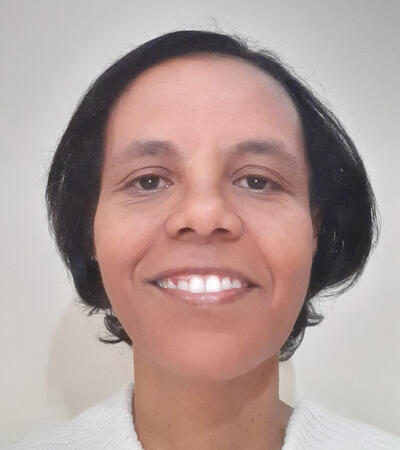 Marie-Anne Razafiarivony is an associate professor in the Business Department of the Adventist University of Africa. Currently she is the director of the MBA program of the institution. Her research interests include career management, the management issues of faith-based institutions, and the integration of Christian faith and daily living. She is a pastor’s wife who actively participates in church activities. Her purpose is to nurture the faith of believers.