Since December 2014, Rachel and Gnouma have been a special pair. They started to serve as Global Mission pioneers in the city of Conakry, Guinea. People call them the evangelists. 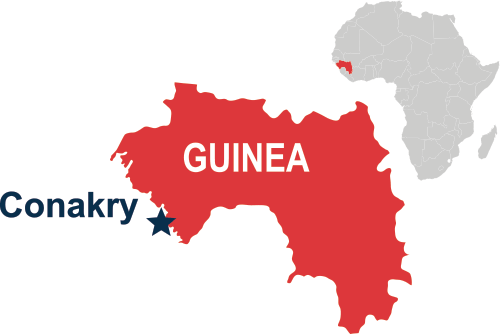 They spend their days befriending the community and visiting families. Their major challenge is the Muslim background of the majority of the population; 88 percent of the people are Muslims in Guinea. Intercessory prayer and fasting have proven essential to create interests in people to start Bible studies. Many times these study groups have to meet in secret places. Most of the converts testify that they were convinced by answered prayers and through dreams that they had.

Global Mission pioneers' work is very fruitful in West-Central Africa Division. As most of our countries are Muslim-dominated areas, the main strategy is friendship evangelism through door to door visitations. Our pioneers usually try to show Christ first through good actions before the way is opened for Bible studies. Health programs are also commonly used to connect with the community.

Global mission pioneers are laypeople who volunteer for at least a year to establish a congregation in an unentered area within their own culture.

They have the advantage of knowing the culture and speaking the language; thus they blend with the local people. This is also far-less expensive than sending overseas missionaries.

More than 2,500 Global Mission pioneers are now working around the world. Since 1990, pioneers have established more than 11,000 new Seventh-day Adventist congregations.

Two years ago our two evangelists tried to share the book, The Great Hope, with a Muslim woman, Salma,* but she refused to accept it. After some time, her son became seriously ill and was hospitalized. As his situation worsened, Salma called the evangelists to ask for prayer. God answered, and the boy was healed. The mother began coming to church for Bible study in spite of the opposition of her husband.

The mother has been beaten several times, sometimes in public. Once the Adventist mission had to take her to the hospital for treatment. Often, because of her new faith, she was deprived of food. The last time she was brutalized was after she attended the evening God-First prayer meeting led by Stewardship Ministries in January 2019. The following day, Friday, Salma, as usual—in spite of the beating—came to clean the Adventist Central Church of Conakry and to pray while the majority of the community people converged at the Mosque. On Sabbath morning, she was faithfully at church.

After the divorce of their parents, Rachida and Shaheen, twin sisters, remained with their Muslim father. They themselves were practicing Muslims. While they visited their mother during a holiday, they met our two Global Mission pioneers, Rachel and Gnouma.

At first the twins were adamant about Prophet Mohammed being the last prophet and disagreed strongly with the idea that Jesus could be the Son of God. After much prayer and several Bible studies with the Global Mission pioneers, the girls adopted the Christian faith and chose to be baptized at one-year intervals. This decision was not without repercussion.

When their father observed that they were no longer performing the Islamic prayers, he started questioning them. At first they were afraid to disclose their new faith. Their father brought an Islamic teacher to teach them the Quran. One day, the father saw them studying the Bible, and this confirmed his doubts. They were severely beaten. Their father threw their personal belongings outside the house and disowned them. With the support of their mother and the Global Mission pioneers, the twin sisters are now active Adventist Youth members and happily singing in the church choir.

The field is ripe, and lives are transformed daily in Conakry, Guinea and elsewhere. By God’s grace, the church in Guinea grew more than 10 percent last year. As we support Global Mission pioneers and other missionaries through our offerings, God’s mission is expanding in “unreachable” localities.

*The names of the three converts have been changed. 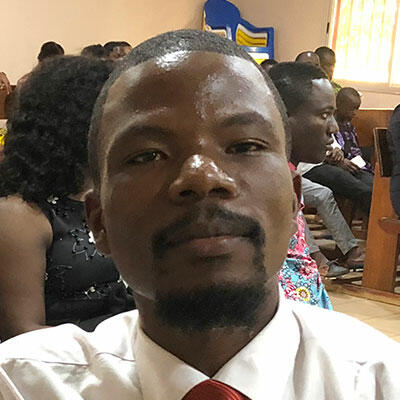