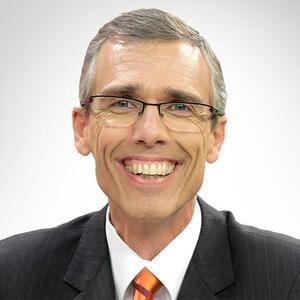 Director of the Stewardship Ministries

Pastor Marcos Faiock Bomfim has served as director of Stewardship Ministries of the General Conference of Seventh-day Adventists since his election on October 11, 2015, at the world church’s year-end meetings held in Silver Spring, Maryland, United States.

In July 2015, at the General Conference Session in San Antonio, Texas, United States, Pastor Bomfim was elected to serve as Stewardship and Family Ministries director for the South American Division (SAD). He previously served for five years in various positions in the same division, including associate secretary for Ministerial, and director of Family Life and Health Ministries.

Pastor Bomfim was the speaker of a nation-wide daily radio program (Novo Tempo em Família [New Time in Family]) for 10 years and was the host of the Lar e Família (Home and Family) program, a 30-minute TV program that airs weekly at SAD Hope Channel (Novo Tempo/Nuevo Tiempo), located in Brazil for the past two years.

Beyond his pastoral ministry, his other great passion is his family. He is married to Mariluz da Silva Bomfim, an educator and family therapist. Together, they are blessed with two daughters: Luana and Alana, both nurses, who are the sixth generation of Adventists in their family.

Send an Email Menu of Presentations 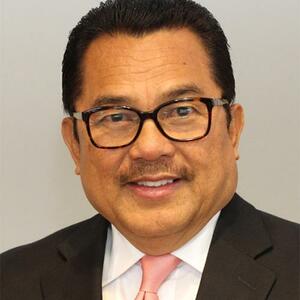 A second generation Seventh-day Adventist who was raised by a pastor father, Missah has a passion for souls and evangelism. He conducts at least one evangelistic campaign every year, speaks at the National Television Broadcasting and Hope Channel Indonesia, and conducted leadership development seminars and workshops for the young people worldwide. During more than four decades of church service, Missah previously served as church pastor, chaplain, departmental director at the union and division levels, and conference president.

Dr. Missah holds a Bachelor’s degree in Theology from Indonesian Adventist University, a Masters degree from Adventist International Institute of Advanced Studies (AIIAS), and a Doctoral degree in Ministry from the Philippine Christian University.

He is married to Dr. Ellen Missah, and the couple has four children and eight grandchildren. His passion is that the

Church will experience spiritual revival and reformation through lifting up Christ and by being faithful stewards in all aspects of their lives as well as through system benevolence.

Pastor Eric Jean-Bruno Aniel Barbe was elected as an Associate Director of the Stewardship Ministries Department of the Seventh-day Adventist world church in October 8, 2017. A native of Mauritius, an island situated in the South West region of the Indian Ocean, Pastor Barbe previously served as the Stewardship Ministries director of the Indian-Ocean Union from 2010-2012, and of the Southern Africa-Indian Ocean Division (SID) since February 2013, establishing a solid stewardship ministry in that division.

Pastor Barbe’s parents, Roger, a former alcoholic, and Thérèse, joined the Adventist Church when he was still a little boy. Very early, he sensed God’s calling to serve as a pastor. Through God’s leading, he studied theology at Institut Adventiste du Salève, France. Later, he completed a MA in Religion with Andrews University at Babcock Extension Campus, Nigeria. However, his passion for the human mind led him to do a BA in Psychology/Education with the University of South Africa.

During his 22 years of pastoral service, Pastor Barbe was mainly involved in three areas: church pastoral work, administrative responsibilities and departmental assignments. His primary passion is for pastoral work in the local church which he considers as the greatest school for ministry. He was enriched by the 10 years he spent in the Youth Ministries at the Local Conference and with the Indian Ocean Union. Pastor Barbe had the opportunity to serve as the Executive Secretary and President of his home Conference and also as President of the Indian Ocean Union. Since 2010, he is directly involved in the Stewardship Ministries at the Union and actually with the Southern Africa Indian Ocean Division. He strongly believes that if the adequate conditions are nurtured in the local church, faithfulness will grow as a natural fruit.

Pastor Barbe has been married to Marie Micheline Barbe, his partner in life and service for the past twenty years. They are the happy parents of Adam, the miracle of their lives. 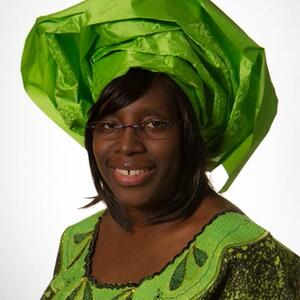 Johnetta Barmadia Flomo is the senior editorial assistant of the Stewardship Ministries department. She serves as the resource development manager and editorial coordinator for publications; the assistant editor for the Dynamic Steward magazine, a quarterly magazine in four languages, and the associate editor of the monthly GodFirst newsletter. She is also responsible for the content management of the department’s website and social media platforms (Facebook, Twitter, YouTube, Vimeo, Instagram, and Issuu).

Johnetta is originally from Liberia (West Africa), the daughter of Gbonima Sando and Evangeline Beatrice Barmadia (both deceased). She is married to John T. Flomo and the two are blessed with seven wonderful children: Janjay, Jedti, Victor, Johnell, Denise, John Jr., and Johanna. In 2016, they welcomed two young adults, Benjamin and Getrude, into their family, bringing their total children to nine. They are blessed with five grandchildren. Johnetta takes pride in making a vibrant, lovely and cozy home for her family.

Johnetta is a Credentialed Christian Nonprofit (CCNL) leader and a member of the Golden Key International Honour Society. She has a passion for editing, graphic design/layout, holds degrees in Publishing, French Literature/Linguistics and Education but has accepted the call to ministry. Together with her husband, John and Johnetta are co-founders and leaders of a non-profit organization, NALAA (North America Liberia Adventist Association) comprised of Liberian Adventists and friends of Liberian Adventists living in the U.S.A. and Canada. NALAA works alongside the Seventh-day Adventist mission fields in Liberia to help spread the gospel after 14 years of civil war. NALAA undertakes church building projects, provides Adventist education through scholarships for needy children, helps with church renovations and provides pews for local churches in Liberia.

Johnetta has great organizational/planning skills. She is very earnest and compassionate. She loves the Lord and serving others. Johnetta enjoys sharing the good news of God's love and working with women. Her goal is to be the "light" so that others may see Jesus in her. She looks forward to sitting across from Jesus at the Welcome Table and eating of the Tree of Life.

Kelly looked with dismay at the soapy water that drenched her uniform slacks and formed a puddle on the floor around her feet. This patient was really trying to make her life difficult!