We live in a world that is absorbed with bigger, better, wider, and always more. We can see this mindset in professional sports, boardrooms, the entertainment industry, and sometimes even churches. Consumerism has penetrated every aspect of culture. We may have even fallen victim to it ourselves. In some parts of the world wealth and abundance is taken for granted. In other parts the sole focus is the struggle for survival. We hear many voices proclaiming the blessings of the prosperity gospel. Wealth—in this view—is the result of a transactional relationship between the believer and God. We give an offering to God (and the preacher proclaiming this perspective), and, in turn, can be assured that we will receive much more in return. My offering for His blessing. It seems to be a sound business model, but is it biblical? How does the Bible relate to wealth and prosperity? What is the relationship between wealth and mission? Finally, how does the way we think about wealth and prosperity affect our understanding of who God is?[i]

To find some answers to these questions, we must begin in Eden, at the time and place where everything began. Beauty and abundance best describe God’s perfect creation as we read about it in Genesis 1-2.

Everything was “very good” (Gen. 1:31)—and that also meant plentiful and bounteous.

Adam and Eve were God’s stewards (verse 28) who represented the Master Designer as they named and cared for animals and plants. Plants provided a generous food supply for both humanity and the animal world. Death was unknown.

The entrance of sin changed everything—or, perhaps, almost everything. Doubt and distrust began to penetrate every relationship, affecting animals and humans alike. After Adam and Eve had to leave Eden (Gen. 3:23, 24), life became much more of a battle. Produce had to be “labored for”; children caused heartache and pain, and not just when they were born. Death changed the way people looked at life forever. Wealth and riches became a way of attempting to secure the future.

We often think of Abraham and the other patriarchs as nomads who struggled to make a living in a country they did not know. Nomads they were—but poor they were not. God had promised Abraham that his descendants would be as numerous as the stars, or the sand on the seashore (Gen. 22:17), even though the patriarch did not even have a son. Sarah’s barrenness, however, was not a reflection of poverty in Abraham’s household. In fact, he contributed 318 trained men from his household to the army pursuing the Mesopotamian raiders who had taken Lot and his belongings, suggesting a significant household size (Gen. 14:14).

Abraham is described as “very wealthy in livestock and in silver and gold” (Gen. 13:2, NIV; cf. 24:35).[ii] Isaac was similarly blessed by God, and became rich (Gen. 26:12, 13). Wealth was, however, always connected to God’s blessings. Many centuries later Moses reminded a new generation of Israelites of the fact that God is the ultimate giver of blessings—including material blessings. It wasn’t their hard work and military prowess that would give them victory and wealth in the Promised Land. It was their reliance on Yahweh. “But remember the Lord your God, for it is he who gives you the ability to produce wealth, and so confirms his covenant, which he swore to your ancestors, as it is today” (Deut. 8:18, NIV).

This is an important principle when we consider how the Bible views wealth. While we are urged to work diligently (Prov. 10:4) and honestly, we are also reminded that it’s God’s blessing that helps us to prosper (verse 22). Wealth can never be the sole measure of success or divine blessing, as is clearly visible in Job’s story.

“The OT often presents wealth neutrally, as a gift from the Lord that can be used for good or ill and that can be taken away and restored again by the Lord.”[iii] When people trust in wealth, they lose sight of the true source of their well-being, as noted in Psalm 49, which discusses the concept of wealth and false trust.

Unfortunately, by the time of Christ wealth was often seen as the only measure of God’s blessing. By the same logic, being poor meant that a person had moral flaws and stood outside of God’s blessing. Jesus turned this concept upside down. When the rich young ruler asked Jesus how to inherit eternal life and Jesus told him to sell all that he had, give the money to the poor, and then follow Him (Mark 10:21), He reminded us of the principle that wealth cannot give security (at all levels, materially, emotionally, and spiritually). The disciples were shocked by the implications of this concept when Jesus declared: “Children, how hard it is to enter the kingdom of God! It is easier for a camel to go through the eye of a needle than for someone who is rich to enter the kingdom of God” (verses 24, 25, NIV). Unlike the rabbis, Jesus emphasized that wealth without a relationship to the Giver of wealth will ultimately lead to distraction and, in the worst-case scenario, even destruction. That leads us to the question of how wealth should be used.

Wealth and the Law

God’s particular care for the poor and the powerless is anchored in His concern for the shalom of His creation (see Lev. 25:23-55). The laws about lending, the prohibition of charging interest, or the laws governing debt slavery recognize the fact that no one is exempt from becoming poor, considering the precariousness of human life and existence. The standard phrase “If any of your fellow Israelites become poor” (verses 35, 39, NIV) reminds the reader—both ancient and modern—that poverty can strike quickly. Even those who work conscientiously and manage their resources wisely can fall into poverty because of circumstances beyond human control. A sudden famine, a devastating stock market crash or financial downturn, a global pandemic, a horrific accident, and poverty can knock on any door. While laziness is diametrically opposed to God’s values embedded in His creation and His law, poverty is seldom the fault of the individual. As noted by Old Testament scholar Joel Kaminsky: “The notion that the poor person may not be at fault for their situation is also supported by the fact that the poor in general are often associated with the righteous, as opposed to the wicked who frequently are cast as wealthy oppressors of the poor in many passages from Psalms, Proverbs, and the prophetic corpus (e.g., Ps. 10:2-11; Prov. 28:6; Isa. 3:14, 15; Zeph. 3:12).”[iv]

We can clearly see that wealth is not only a blessing but an obligation. Those who enjoy material blessings are invited to share their blessings with others—and help to move God’s mission forward.

A good illustration of proper use of material blessings can be found in Acts 2:44, 45, which describes the willingness of members of the early church to share their wealth and property with those who didn’t have enough. This commitment to partnership and community (Greek koinonia) is described in terms of the ideal community—a radical view considering the huge socioeconomic differences in the first century A.D. Roman Empire, where some estimate that the 2 percent at the top of society controlled half to two thirds of the wealth and the 10 percent at the bottom continually lived in life-threatening poverty.[v]

The community envisioned here focuses on caring for those who couldn’t fully care for themselves and, at the same time , the larger mission of proclaiming the arrival of God’s kingdom through the death and resurrection of Jesus. Paul later began to collect gifts for the church in Jerusalem that had suffered loss and persecution (cf. Acts 11:29; Rom. 15:26, 27; 1 Cor. 16:1; 2 Cor. 9:1, 2), highlighting the interconnectedness of believers beyond regional or geographic boundaries.

What Does It Mean?

“Biblical discourse on economic issues forces us to engage God, and that engagement pushes us into a discourse that is not fully encompassed by other forms of moral discourse in our culture,”[vi] writes Lutheran theologian Richard Nysse. As we think about God’s view of wealth and prosperity, we need to go back to the beginning. Creation offers us a window into God’s value system. He isn’t stingy; He made everything bountiful; He models disinterested generosity. Ultimately, as the Creator and Giver of all good things, He appointed humanity to be His stewards. They were to care for His creation, including also their fellow human beings.

Closely related to our role as stewards on God’s behalf lies the reality that everything that we own, produce, or create is ultimately God’s. “Sovereignty belonged to God alone,” notes Old Testament scholar Walter Kaiser. “Mortals and governing officials were merely given dominion over the earth for which they answered to God as steward.”[vii]This perspective continues to challenge people living in the twenty-first century. We tend to celebrate those who have “made it” financially. We enjoy stories of self-made millionaires. Often financial power translates also into more influence in our churches. That’s part of the culture we belong to. God’s value system, however, is distinct. As His creatures we are subject and accountable to our Creator. As stewards we are called to care for those who are marginalized or in need.

Both rich and poor can reflect aspects of God’s character and provide opportunities for growth in relationship with God. Being rich or poor represents a momentary snapshot of a material reality, but it doesn’t say anything about our innate value. Our views of—and relationship with—money will always be a challenge in the current economic structures. God’s Word invites us to recognize that wealth is not something an individual creates, but rather the result of an opportunity given by God. With that opportunity always comes personal responsibility. Our highest financial goal should not be early retirement or a seven-figure dollar number resting in our savings account. Rather it should be to be a faithful steward who has always enough to share with those in need.

Paul summarizes this perspective well in the counsel given to his young coworker Timothy: “Command those who are rich in this present world not to be arrogant nor to put their hope in wealth, which is so uncertain, but to put their hope in God, who richly provides us with everything for our enjoyment. Command them to do good, to be rich in good deeds, and to be generous and willing to share. In this way they will lay up treasure for themselves as a firm foundation for the coming age, so that they may take hold of the life that is truly life” (1 Tim. 6:17-19, NIV).

[1 I have shared some of the ideas in this article in “Money, Property, and Power: An Old Testament Reading of Divine Economics.” Adventist Review, November 2020, pp. 20-23. 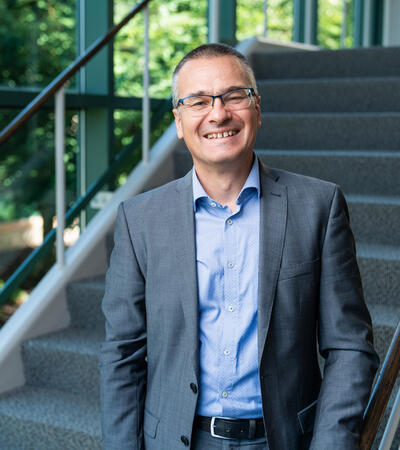 Gerald A. Klingbeil, D.Litt., serves as an associate editor of Adventist Review Ministries and is also a research professor of Old Testament and ancient Near Eastern studies at the Seventh-day Adventist Theological Seminary, Andrews University.