Code breakers and code talkers have contributed greatly to victories during World War II. In Europe the capture of a German military Enigma encrypting code machine helped the Allied forces to intercept the plans of the German military and be prepared to counter attack. The finding of a Japanese code book in the Pacific helped the Allied forces know what Japan was planning and to be prepared to counter the attack. The Navajo code talkers  are credited with enabling the victory on the island of Iwo Jima.

In Scripture we have the example of Elisha the code talker informing the Israeli king when and where the Syrian king would attack. As we near the end of this earth’s history Jesus has revealed  in the biblical books of Daniel and Revelation how the enemy would deceive those who are seeking to be Christ followers.

A contemporary code talker, Ellen White, also wrote about the warnings she received for Christ’s followers living in the last days. She said that Satan will attack those who trust in Jesus and are seeking to “keep the commandments of God and the faith of Jesus” (Rev. 14:12, NKJV). “The followers of Christ know littleof the plots which Satan and his hosts are forming against them” (The Great Controversy,  p. 528).

Satan’s general strategies are to hold people in darkness, indifference, carelessness, indolence, appetite, self-gratification, denial of the divinity of Jesus, and the belief that sin and Satan do not exist. Most Christians would barely be affected by these attacks, so he has devised means to specifically attack Christians: neglect of prayer and the study of Scripture; this is his primary focus, which will result in skepticism, erroneous doctrine, conflict, postmodern relativism (no absolute truth), and the absolute authority of science.

Ellen White describes a vision in Counsels on Stewardship, page 154, where she was shown Satan in earnest consultation with his angels. He clearly identifies as targets those who are looking for the second advent of Christ and strive to keep the commandments of God. This group of people is also seeking to present to a darkened world the light of truth contained in the law of God, which points to the true Sabbath, the ministration of Christ in the heavenly sanctuary, and the warning to the world that the last work for the salvation of humanity is now growing forward. Which other organization on earth exists for this purpose?

Then Ellen White reveals Satan’s best method to destroy faith in this particular group of believers. His primary strategy is to hold their minds in darkness: to distract these missionaries with lands, money, worldly attractions, treasure, and affections that value the things of this earth more than the kingdom of God. All the details of this targeted attack are economic in nature.

Why does Satan focus on economics? He wants his angels to seek to keep all the money in his control and away from the Seventh-day Adventist Church by encouraging selfishness. He is very aware that if the church gets money, it will be used to inflict damage to Satan’s kingdom of unbelief. The more money that Satan controls, the less damage the church will do to his kingdom of darkness. The messenger of the Lord has cracked the enemy’s code; how are we responding to this information?

Planned Giving is like the “code talkers” who communicated and provided strategic and timely information so that the attacks of the enemy were nullified and victories made possible. The mission of Planned Giving and Trust Services is to encourage every faithful follower of Jesus Christ to have an effective plan to protect all of God’ s money so it will not fall under the control of Satan. God expects every Christian to have a plan to provide for the needs of their families and to advance the mission to reach the world for Jesus.

Jesus won the war when He said, “It is finished” on the cross. Satan is continuing to fight battles for the minds and resources of every human living on earth. Plan to be faithful to God always . . . until the final flag of victory is raised. 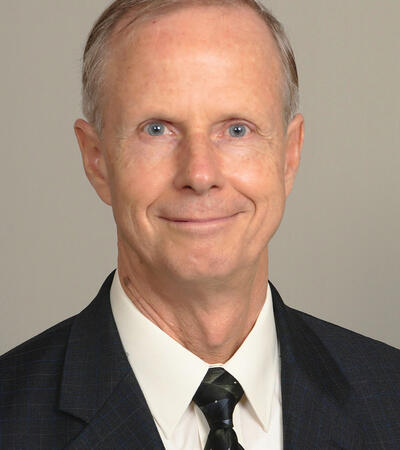 Dennis R.Carlson is the director of Planned Giving & Trust Services at the General Conference.